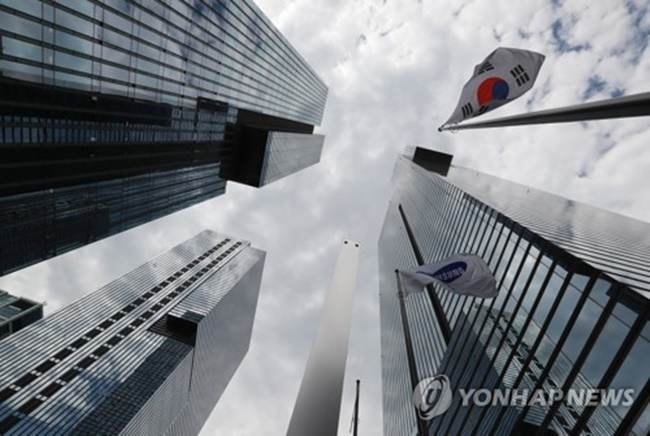 Foreign investors who collectively hold more than 50 percent stake in the world’s largest smartphone manufacturer may demand the company’s board of directors be replaced as Vice Chairman Lee Jae-yong on Friday was sentenced to five years in prison for bribery, embezzlement and other charges, an industry insider said.

“A prolonged leadership vacuum at Samsung Group, the country’s biggest conglomerate by assets, could cause overseas speculative forces to exert influence of key management decisions,” he said.

In 2015, U.S. hedge fund Elliot Management filed for an injunction against the merger of two Samsung units designed to cement a power transfer to the heir apparent of Samsung Group from his ailing father Lee Kun-hee, who has been bedridden since May 2014 due to a heart attack.

Last year, Elliot, which owns a 0.62-percent stake in the Korean chipmaker, called on Samsung Electronics to split itself into two units — a holding company and an operating firm — and list the latter on the tech-heavy NASDAQ market. It also asked Samsung to pay 30 trillion won (US$27 billion) in special dividends to investors.

He was also convicted of embezzlement, hiding assets overseas, concealment of criminal proceeds and perjury, all stemming from the corruption scandal that rocked the country for months and ultimately removed Park from office in March. Samsung stated it will appeal the decision and claimed that Lee is innocent of all wrongdoings.