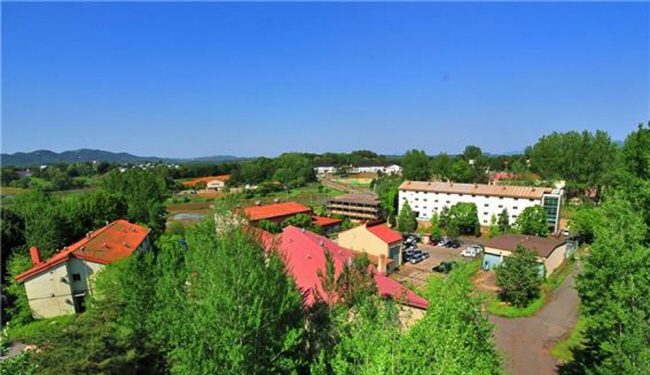 The former site of Camp Greaves in Paju near the inter-Korean border. (image: Gyeonggi provincial government)

SEOUL, Sept. 24 (Korea Bizwire) — A former United States Forces Korea (USFK) base near the border with North Korea will be turned into a history park symbolizing both division and peace on the Korean Peninsula, a local government said Tuesday.

The government of Gyeonggi Province said it will begin the construction of a new history park on the former site of Camp Greaves in Paju, some 40 kilometers northwest of Seoul, in 2021 in a bid to reflect on the pain of national division and deliver the message of peace and co-existence.

The envisioned history park will feature a military and ecological museum, a history exhibition hall and recreational facilities.

The Gyeonggi government announced the history park project after agreeing to offer alternative land for the Camp Greaves base.

USFK troops relocated from Camp Greaves in 2004 after 50 years of stationing, but public access to the site is still restricted as it is situated within the Civilian Access Control Line and just 2 kilometers from the Demilitarized Zone.

The site has been used for various arts performances since 2004.

The Gyeonggi government and the South Korean defense ministry signed a land swap deal concerning the former Camp Greaves base in June 2014.

Under the deal, the province will build an alternative military base with barracks, warehouse, auto repair shop and training facilities on a nearby lot covering 259,361 square meters at an expense of 37.8 billion won (US$31.7 million).

In return, the defense ministry will offer the former Camp Greaves land covering 118,714 square meters and the Gyeonggi government will build the history park there at a cost of 11.5 billion won.

Provincial officials expect that the new history park will help revitalize the province’s border tourism, together with its existing destinations of security tourism, such as Imjingak Resort, Dorasan Peace Park, the Third Tunnel and Dorasan Observatory.