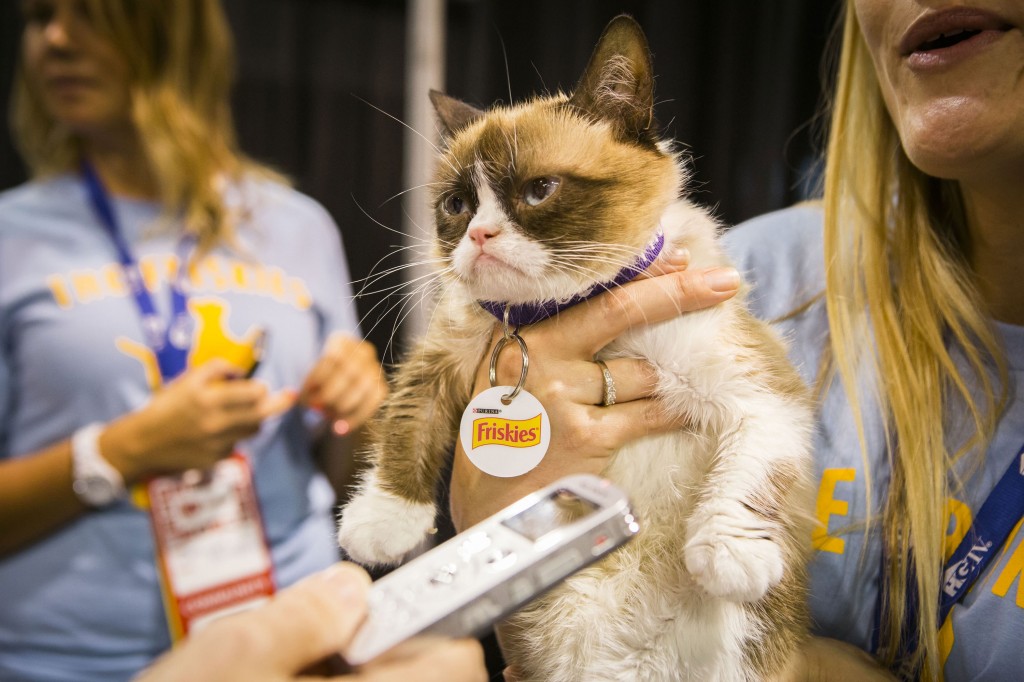 ST. LOUIS, June 27 (Korea Bizwire) – Today, Friskies® kicked off its search to find the next Internet cat superstar with the third annual “The Friskies” – the renowned awards for the best Internet cat videos of the year. Does your cat have what it takes to earn one of the coveted catuettes? Now through July 21, 2014, cat video creators are encouraged to capture their cat’s funny, strange, cute and epic moments and enter “The Friskies” at www.TheFriskies.com, Vine or Instagram for the opportunity to win a cash prize up to $25,000.

This year, Friskies has teamed up with YouTube celebrities The Fine Bros. to help look for original cat video submissions nationwide in order to crown America’s next internet cat superstar in The Friskies. Today, The Fine Bros. alongside Friskies’ “official spokescat” Grumpy Cat appeared at VidCon, the largest industry conference and fan extravaganza in the world for online videos.

There, on VidCon’s main stage they announced “The Friskies” and issued a call for video submissions. As cat videos are among the most popular topics on the Internet, it is a natural fit to kick off this year’s contest at VidCon. Following the announcement, Friskies hosted a meet-and-greet and photo op with Grumpy Cat for guests at VidCon.

“Cat videos have become a pillar of online pop culture,” said Shaun Belongie, Friskies Senior Brand Manager. “We started ‘The Friskies’ in 2012 because we thought it was time for cat videos to be recognized and validated as an art form and we’re thrilled to celebrate the phenomenon of cat videos and the cats who inspire them for the third year in a row.”

Additionally, at the main stage debut The Fine Bros. revealed the four YouTube celebrities participating in this year’s “The Friskies”, including Grace Helbig, Zach King, Will Braden and Jesse Wellens. They will serve as captains for each award category— FUNNY, RES-CUTE, EPIC and STRANGE. Each captain will create and release a unique announcement video on their YouTube channels and social networks to help encourage submissions for “The Friskies.”

Cat video creators can upload videos up to one minute in length at www.TheFriskies.com, or on Instagram and Vine, in one of four categories – Funny, Res-cute, Epic and Strange. If submitting a cat video on Instagram or Vine, use the hashtag #TheFriskies and the category hashtag that the video falls under – #Funny, #Rescute, #Strange or #Epic – to make sure the video is properly submitted.

The category captains will help review all entries and narrow them down to 12 finalists, three in each of the four categories. The finalists will be announced on August 11, 2014. Fans will then be able to vote (limit one vote per entry per person per day) for their favorite video online at www.TheFriskies.com from August 11 to September 8, 2014.

During the voting phase, consumers can help raise money and food for shelter organizations. Every vote equals one can of Friskies wet cat food donated to 10 select shelter partners, up to 250,000 cans. Additionally, with direction from category captains Friskies will donate over $20,000 to partnering shelters.