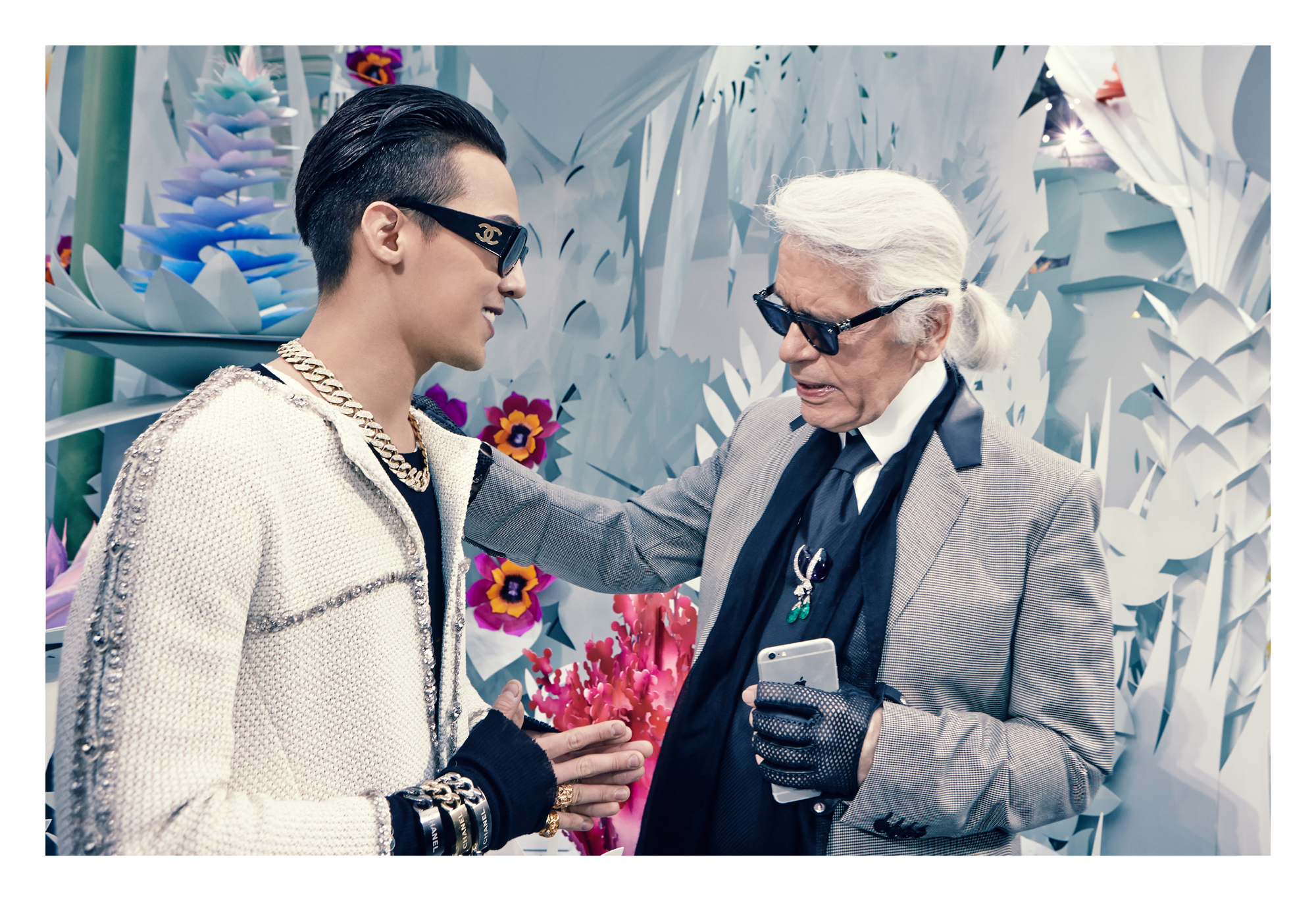 G-Dragon wore a tweed jacket from Chanel’s 2014/2015 Cruise Collection with a metal broach, a bracelet, a leather belt and a pair of sunglasses.(image:Chanel)

G-Dragon wore a tweed jacket from Chanel’s 2014/2015 Cruise Collection with a metal broach, a bracelet, a leather belt and a pair of sunglasses.

G-Dragon also attended Saint Laurent’s 2015 F/W Unisex Collection in Paris on January 25. He was the only Asian star at the show, and his flamboyant style drew a lot of eager photographers’ attention. He has been reported as saying that Saint Laurent is his most favored fashion house, and is known to have been invited to three Saint Laurent collections so far. The star wore a jacket from Saint Laurent’s 2015 S/S Psych Rock Collection and a pair of western boots at the event.

G-Dragon has not only been invited to fashion house collections. His music has been used on soundtracks for Thierry Mugler collections by Nicola Formichetti. YG Entertainment, Big Bang’s music label, has been also on the fashion industry map since reports surfaced that Louis Vuitton’s private equity arm LVMH is to invest up to $80 million in the entertainment company.