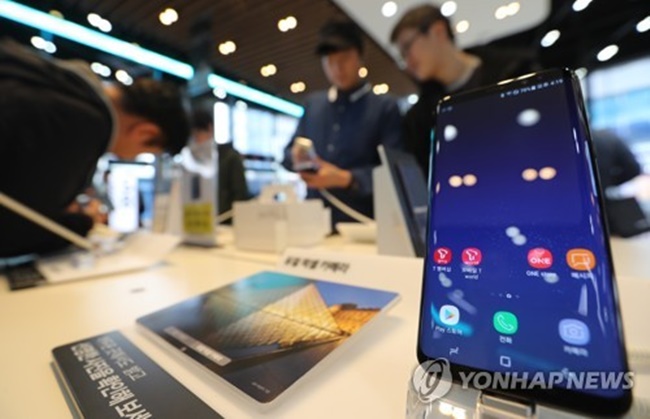 South Korea’s brokerage houses estimated the sales of the Galaxy S8 and the Galaxy S8 Plus to be around 43-60 million units. (Image: Yonhap)

“As for the Galaxy S models, we can say that a figure around 35 million units can be considered to fall below expectations, while that above 45 million is robust,” said Hwang Min-sung, a researcher from Samsung Securities Co.

“This year’s sales of the Galaxy S8 are not expected to beat the 48 million units posted by the Galaxy S7 last year,” Hwang added.