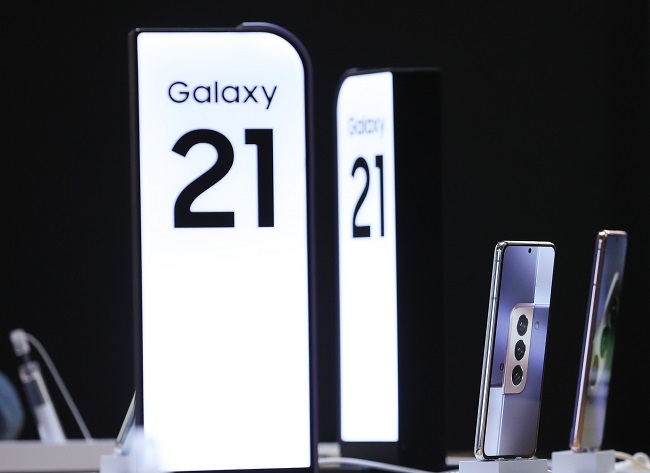 Samsung Electronics Co.’s Galaxy S21 series smartphones, which support 5G networks, are on display at a store in central Seoul in this file photo taken on Jan. 15, 2021. (Yonhap)

This test showed that the download speed of the Galaxy S21 Ultra 5G stood at 221.18 megabits per second (Mbps), the fastest among major models available in the domestic market.

This test, however, did not include the new iPhone 13 series, which was released this autumn. The devices took the top spot in nearly all of the countries where it was included in the test.