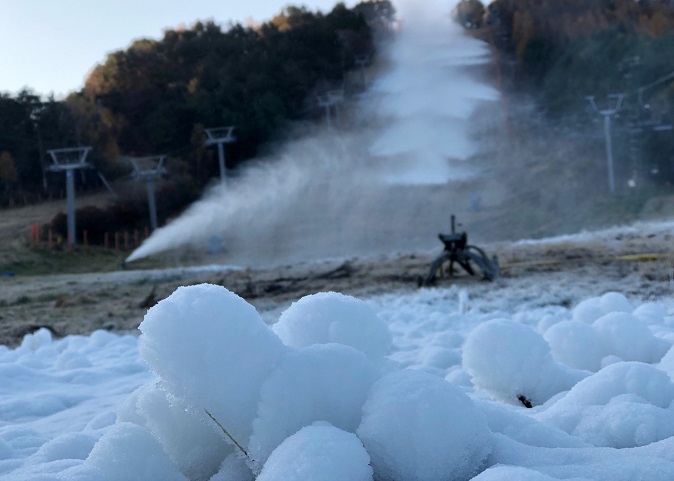 SEOUL, Nov. 25 (Korea Bizwire) — Ski resorts and winter festival organizers in Gangwon Province are concerned with the unseasonably warm weather as they prepare for the start of the winter season.

The Korea Meteorological Administration said the average temperature in the province between Nov. 1-21 stood at 8.6 degrees Celsius, which was 2 degrees warmer than the yearly average.

Yongpyong Resort in Pyeongchang indefinitely suspended plans to open this Friday after the artificial snow produced during the night melted because of high daytime temperatures.

The highest temperature in the Gangneung region near the ski resort between Nov. 1-23 stood at 19.2 degrees Celsius, which was 4.4 degrees higher than the yearly average.

Other ski resorts in the province face a similar situation and have pushed back their opening dates by a few weeks compared to last year.

Organizers of the Inje Icefish Festival are also hesitating about whether to begin promoting the festival’s grand opening scheduled for Jan. 20 next year, as there is no forecast of a cold snap that is required to freeze the fishing grounds up to 25 centimeters thick.