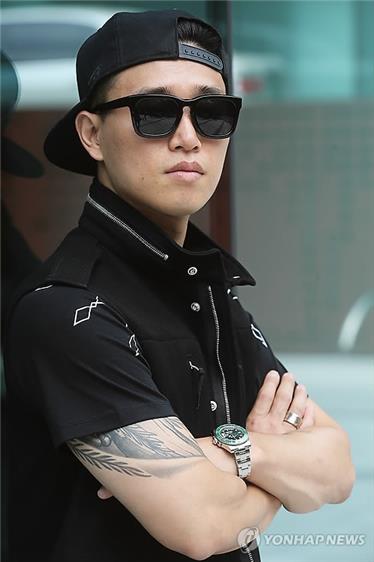 “I thank you again and again for the enormous interest, love and advice you gave me over the past seven years.” (image: Yonhap)

The rapper, who announced his departure through SBS earlier this week, said the seven years he spent on the show were “unforgettably happy moments of my life” and thanked fans for making it possible.

“First of all, I’m very, very sorry to the many people who were surprised by the sudden news of my departure,” he wrote. “I’ll always do my best wherever I am and whatever I do to make sure I don’t disappoint you further.”

SBS, the producer of the show, earlier said Gary will be leaving the program to focus on his music and film his last episode on Monday.

“I thank you again and again for the enormous interest, love and advice you gave me over the past seven years,” Gary said. “Lastly, please give more love to ‘Running Man’ and its members who are constantly thinking and running to bring you more fun. I love you.”

The show, which features teams of celebrities competing to accomplish various missions, has also been popular in China, along with a Chinese remake of the program titled “Hurry Up Brothers.”