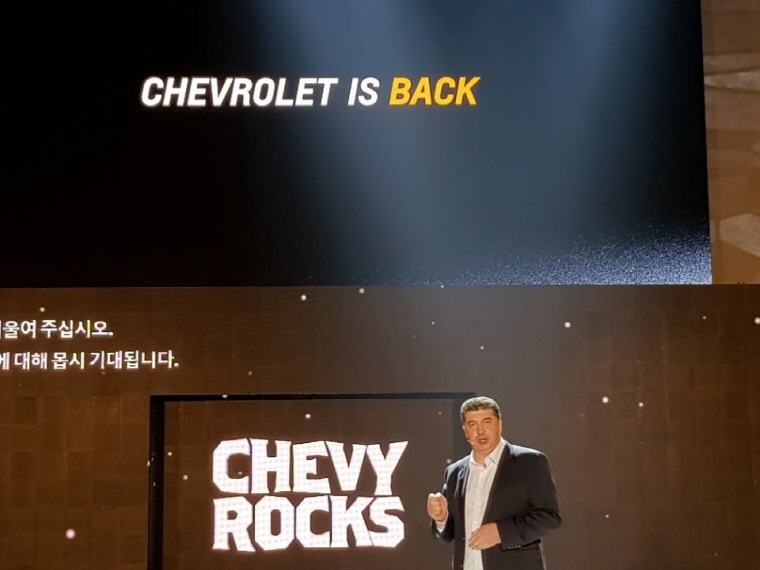 GM Korea President and CEO Kaher Kazem delivers a briefing on the company’s plan to introduce Chevrolet SUV models in South Korea during a press event in Busan on June 6, 2018. (image: Yonhap)

“The Equinox (midsize SUV) will go on sale in the Korean market on Thursday. The Traverse (large-size SUV) will be the next Chevrolet SUV in the domestic market after the Equinox,” GM President and Chief Executive Kaher Kazem said during a press event in Busan, some 450 kilometers south of Seoul.

The Equinox’s specifications will be released on Thursday when the media preview day kicks off at the Busan International Motor Show scheduled from June 8-17, the company said.

Kazem didn’t provide the timeframe for the launch of the Traverse SUV in the local market.

The Equinox models to be sold in Korea are built in the United States and shipped to the Asian market to prop up GM Korea’s sluggish sales.

The CEO also mentioned the Colorado pickup as “another most-wanted Chevrolet product” among Korean customers.

GM Korea’s decision to introduce a series of U.S.-built Chevy models was based on a survey of 57,000 local customers who shared their expectations about Chevrolet’s future, he said.

“Of course, introducing new products doesn’t solely rely on simple surveys like this. But the feedback we received from customers told us they want more of the extensive Chevrolet products from around the globe in Korea,” Kazem said. 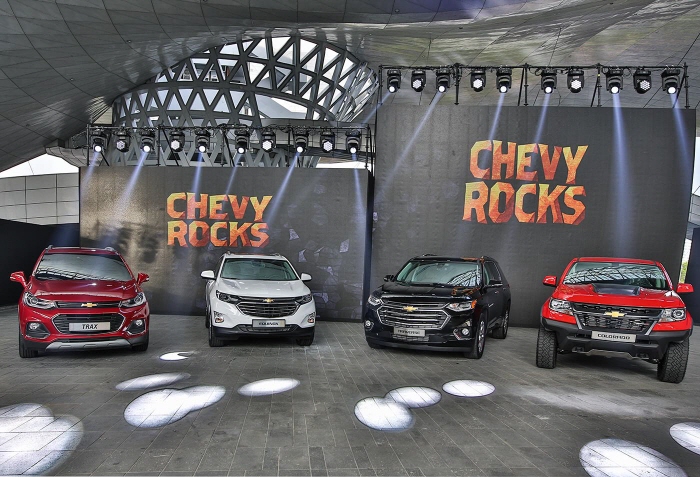 This month, GM Korea launched the upgraded Chevy Spark mini car as the first of 15 new and upgraded vehicles GM vowed to launch here in the next five years as part of its commitment to bolster its operations in Asia’s fourth-largest economy.

“With our plan to launch 15 models in the next five years, Chevrolet’s SUV range will account for 60 percent of domestic sales in Korea,” he said.

GM and the state-run Korea Development Bank (KDB), the two biggest shareholders in GM Korea, recently signed a binding agreement that will permit a combined 7.7-trillion-won lifeline — 6.9 trillion won from GM and 810 billion won from the KDB — to keep the loss-making Korean unit afloat.

Under the deal, the Detroit carmaker is banned from selling any of its stake in GM Korea before 2023 and is required to keep its holding in the unit above 35 percent until 2028.

In February, GM announced its plan to shut down one of its four car assembly plants in Korea by May and asked the KDB to extend a financial helping hand to GM Korea. GM’s plant in Gunsan is now closed. Its three plants in Changwon and Bupyeong remain in operation.

The Korean unit posted net losses worth an accumulated 3.134 trillion won from 2014 to 2017 due to lower demand for its models. Its sales from January to May remain weak at a total of 199,840 vehicles, down 15 percent from a year earlier.