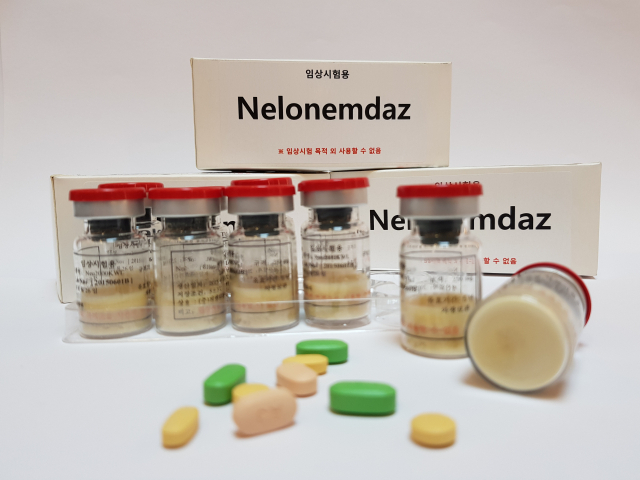 YONGIN, South Korea, Sept. 8 (Korea Bizwire) – GNT Pharma Inc. today reported that the Korea Ministry of Food and Drug Safety (MFDS) has approved the Investigational New Drug Application (IND) for a phase III study of nelonemdaz for acute ischemic stroke patients (RODIN trial). The IND approval for a more extensive phase III trial is based on the encouraging results of GNT Pharma’s earlier phase II trials. The outcomes of this phase III study will be instrumental in documenting the therapeutic potential of nelonemdaz as an effective treatment for acute ischemic stroke.

In the phase II trial completed in January 2021, iv administration of 2,750 or 5,250 mg nelonemdaz for 5 days has shown promising safety and efficacy for 209 ischemic stroke patients treated with endovascular thrombectomy within 8 hours of onset, compared to the placebo-treated group. Functional independence, activity of daily living, and early recovery were analyzed by modified Rankin Scale (mRS), Barthel index (BI), and NIH Stroke Scale (NIHSS), respectively, and all improved in nelonemdaz-treated groups. Such beneficial effects were prominent at 90 days for patients administered with 5,250 mg nelonemdaz, as shown by the marked increase of the fraction of mRS 0 (patients with no symptoms at all) from 8.2% (placebo) to 33.3% (5,250mg nelonemdaz). The phase III RODIN trial was designed to investigate beneficial effects as well as safety of 5,250 mg nelonemdaz for 496 patients with mild to severe ischemic stroke receiving endovascular thrombectomy within 12 hours of onset. Patients are enrolled at 23 university stroke centers and evaluated by mRS, NIHSS, BI, and MRI over 90 days.

The excitatory neurotransmitter glutamate is released in excess following stroke attack and causes fulminant neuronal death through overactivation of NMDA receptors. Toxic free radicals are produced over time after reperfusion and contribute to delayed ischemic-reperfusion injury. Neuroprotectants such as NMDA antagonists or antioxidants have demonstrated beneficial effects in animal models but nearly all failed in clinical trials for stroke patients, primarily due to drug-related adverse events and translational mismatch between animal models and stroke patients.

“While dozens of candidate neuroprotective drugs have failed in prior years, medical science has learned from these failures. Nelonemdaz leverages these new understandings, combining next generation NMDA antagonism and antioxidant properties in a single molecule. We are focusing first on stroke patients receiving endovascular thrombectomy, which has become established as a standard therapy. We are excited by the efficacy demonstrated by nelonemdaz in phase II testing and hope to conduct the phase III RODIN trial as quickly as possible”, said Dr. Byoung J Gwag, CEO of GNT Pharma.