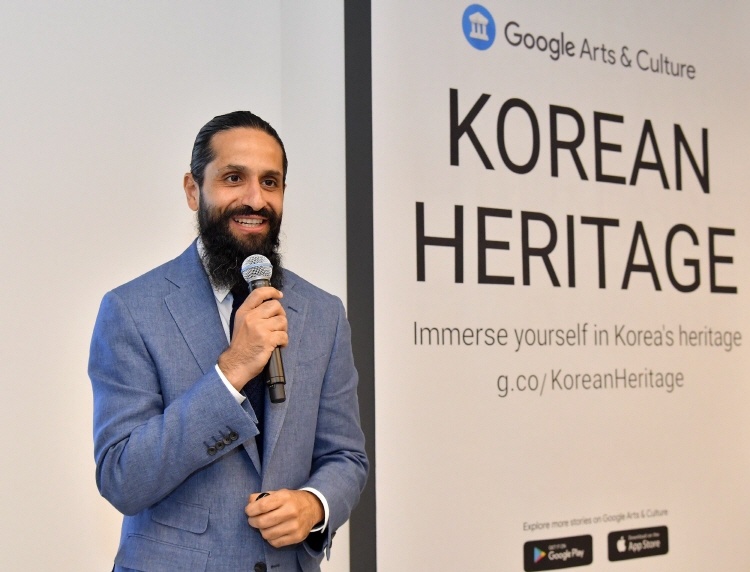 The platform — first launched in 2011 — has worked with over 1,200 international museums, galleries and institutions from 70 countries to allow people around the world to access high-resolution images of artworks.

In South Korea, the Internet company has signed partnership agreements with nine cultural institutions, including the National Museum of Korea, allowing users to explore the essence of Korean arts and culture.

“It is very meaningful for Google to be able to share Korea’s heritage for the world to appreciate, from the majestic history of the ancient kingdoms of Korea to the invaluable works created by Korean artists,” Amit Sood, Director of Google Arts & Culture, told reporters in Seoul.

“The Korean Heritage Project will be the largest showcase of Korean history and art online and we hope it helps people around the world to further their understanding of Korea. Google will continue to cooperate with partner institutions in Korea to promote the excellence and diversity of Korean culture,” he said.

Among the exhibitions are artifacts from the ancient Shilla Kingdom (57 B.C.-935 A.D) and portraits from the Joseon Dynasty, which ruled the Korean Peninsula from 1392 until Japan’s 1910-45 colonial rule.