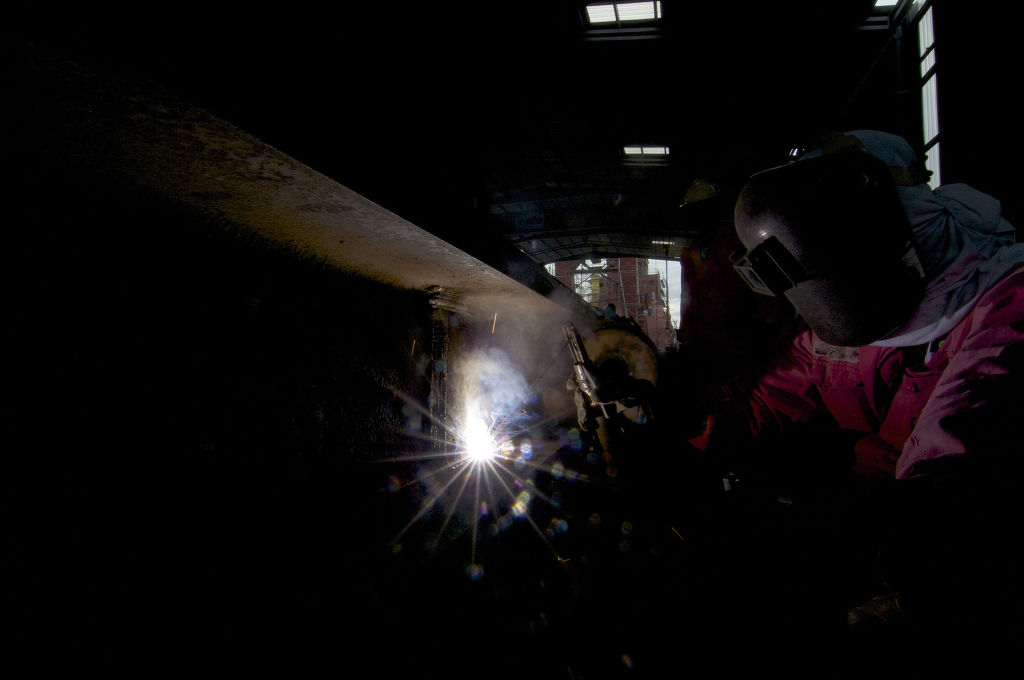 The plan is part of a government project, first announced in October, to revitalize the economy in regions that are home to the shipbuilding industry. (image: KobizMedia/ Korea Bizwire)

According to the ministry, it will support technological development of new industry sectors that are closely related to shipbuilding, like power generation equipment and offshore wind turbines, and offer its assistance in the successful commercialization of the new endeavors.

The ministry will also be providing a portion of the funds required to establish the necessary facilities for companies choosing to diversify, while offering tax rebates and benefits on loans for companies submitting official plans for business transition.

A total of 150 firms will qualify for such government aid this year, with the ministry planning to bring the number up to 600 by 2020.

The plan is part of a government project, first announced in October, to revitalize the economy in regions that are home to the shipbuilding industry.

In last year’s study of five shipbuilding regions in Korea, the ministry estimated that 8.4 trillion won in investment projects were expected from 2017 to 2020.

In order to make the plans come to reality, the ministry, along with local governments, will ease various regulations, and boost government financing necessary for technological development and establishing infrastructure in the areas.

The ministry also added that 24.3 trillion won will be invested this year for educating and training retired shipbuilding personnel to assist in their re-employment.