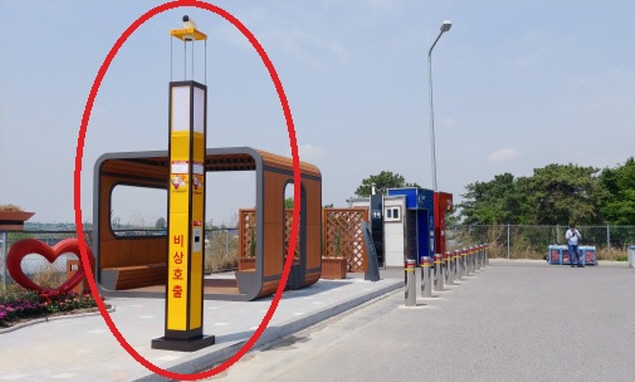 DAEJEON, May 29 (Korea Bizwire) — Drivers on major expressways often visit rest areas when they are sleepy or in urgent need of a restroom.

Since 2011, the Korea Highway Corporation (KHC) has built a total of 226 rest areas along the nation’s highways. However, it is true that some shelters are poorly equipped or relatively dark, making them difficult to use.

Reflecting such opinions, the KHC has stepped up efforts to redecorate the shelters into safer and brighter places.

The Daejeon and South Chungcheong headquarters of the KHC have established a smart integrated security system at the Yeongok rest shelter, which is located along the Gyeongbu Expressway, for the first time in the country.

Emergency bells are also installed in women’s restrooms to prepare for any possible dangers.

The integrated security system serves as a bright light at night, and also produces music and information broadcasts to create a comfortable atmosphere like a downtown park.

The KHC will now manage rest shelters through real-time monitoring, and use closed-circuit television (CCTV) to prevent illegal dumping of garbage or broadcast warnings.