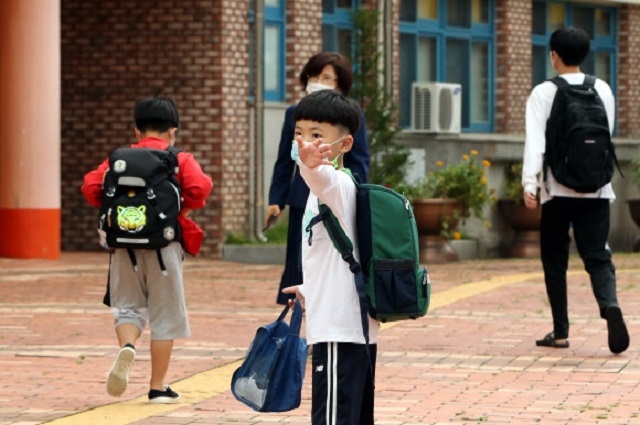 A kid waves to his parent before class in an elementary school in Gwangju on Sept. 14, 2020. (Yonhap)

SEOUL, Jan. 20 (Korea Bizwire) — The government has announced that going forward, it will be able to access various statements on income, property taxes and real estate assets to estimate the value of assets held by those who fail to make child support payments.

A new bill that amends legislation on child support payments allowing authorities to gain access to national and local tax data as well as property and building taxes was passed in a Cabinet meeting on Tuesday, the Ministry of Gender Equality and Family reported.

The government has been offering emergency subsidies to parents who have failed to receive child support payments, and collecting the amount owed from those responsible.

However, lack of access to national and local taxes had been preventing the government from drawing up an exact amount of assets held by those obligated to make child support payments.

Gaining information on real estate taxes had also been limited due to partial access to land registers, and registration certificates for construction equipment and automobiles.

The new amendment will allow the government to draw up a more accurate analysis of income or assets held by the debtor to carry out confiscations.