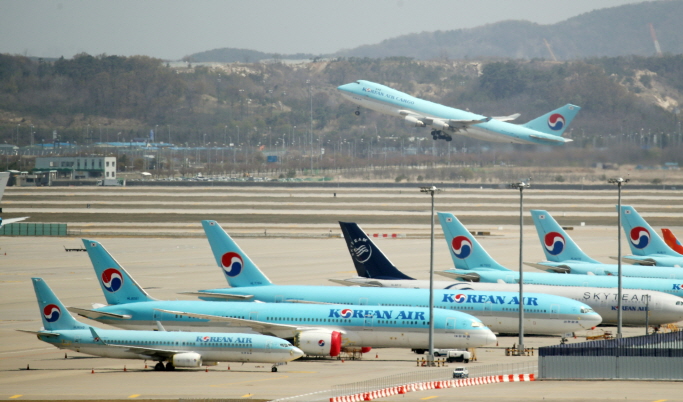 SEOUL, Aug. 27 (Korea Bizwire) — South Korea will provide further financial support for airlines hit by the new coronavirus outbreak on the condition that they push for self-help measures and keep their workforces, the transport ministry said Thursday.

The government hopes that the additional financial package, including tax benefits, subsidies for employment and reduction in airport usage fees, will help airlines stay afloat during the COVID-19 pandemic.

In the latest measures, the government will have policy lenders extend an immediate loan to financially troubled airlines and their subcontractors at airports, the Ministry of Land, Infrastructure and Transport said in a statement.

The government plans to extend the financial support program so that the companies can maintain their workforces until March 2021.

It will also exempt airlines, duty-free shops and other related companies at airports from paying airport usage fees until December, it said.

“The latest support programs are aimed at relieving the financial burden of the airline industry in the second half as it is expected to take some time for airlines and related businesses to recover from the impact of the coronavirus outbreak,” Vice Transport Minister Son Myoung-soo said in the statement.

Local airlines have suspended most of their flights on international routes as more than 180 countries and territories have strengthened entry restrictions amid virus fears this year.