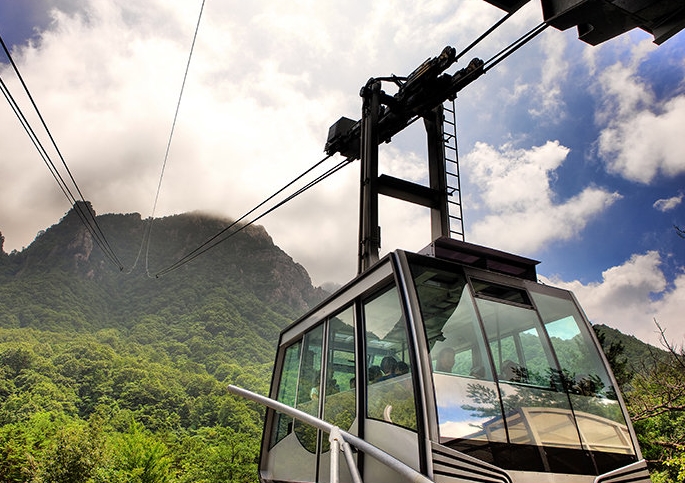 SEOUL, Jun. 16 (Korea Bizwire) — A government arbitration commission on Thursday ruled in favor of a county in Gangwon province that has been planning to set up a cable car on a popular mountain range near the nation’s eastern coast.

In the ruling, the Central Administration Appeal Commission under the Anti-Corruption & Civil Rights Commission called for the Cultural Heritage Administration to allow Yangyang County to build a cable car system on Mount Seorak.

The project calls for a 3.5-kilometer-long cable car system to be built in the southern region of Mount Seorak in Yangyang, some 215 kilometers east of Seoul, providing a means of convenient transportation all the way up to the peak of the Osaek area hiking course.

The cable car project has been a controversial issue among environmentalists here, who have argued that the mountain’s natural environment must be preserved.

Yangyang has pushed for the project since 1995.

The county government had submitted its cable car construction plans in 2012 and 2013, but was rejected both times due to issues that the structure’s design could pose a threat to the habitat of some of the wildlife in the area.