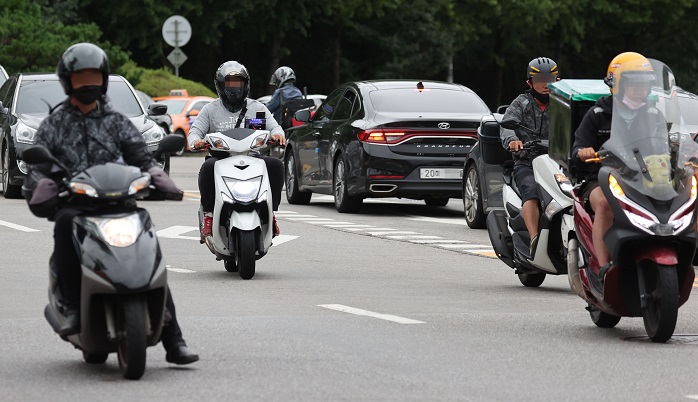 SEOUL, March 16 (Korea Bizwire) – The noise permission standards for the manufacturing and operation of motorcycles, which have remained unchanged over the past 30 years, will be strengthened to the level of foreign standards.

The Ministry of Environment announced on Tuesday that it will improve the overall noise management system to reduce the noise generated by motorcycles.

Taking it into consideration that the noise permission standards for the manufacturing of motorcycles are the subject of pre-negotiation under the free trade agreement (FTA) between South Korea and the European Union, the improvement plan will be drawn from the EU’s pass-by noise standard range (75 to 80 decibel (dB)),

In addition, to prevent structural change for the amplification of noise that generates an extreme level of noise, the ministry will make it obligatory for motorcycle manufacturers to indicate the result value of the exhaust noise certification test and prevent any changes exceeding 5 dB from this value.

The ministry expects the improvement plan to take effect late this year or early next year since it needs to go through FTA negotiations.