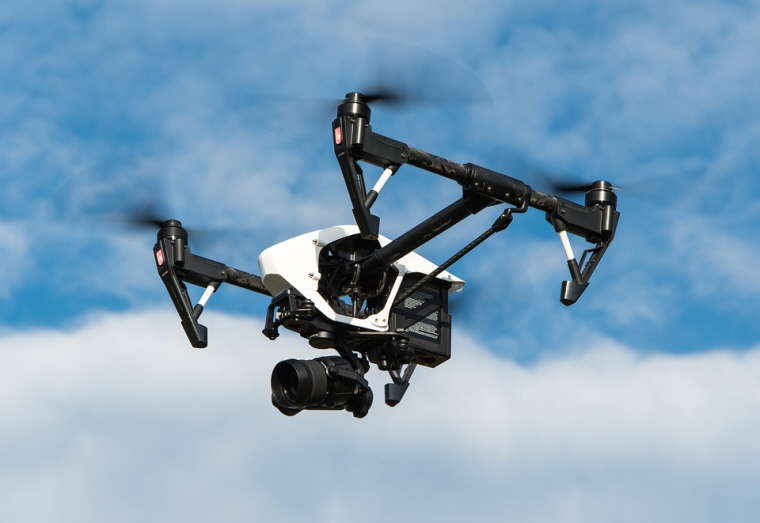 The proposed system will have drones perform rounds at major pedestrian walkways to safeguard children on their way to and from school as well as women and the elderly at night. (image: Pixabay)

SEJONG, Apr. 26 (Korea Bizwire) — The city of Goyang will utilize drones for neighborhood patrol and fire inspections according to a new plan unveiled by the Ministry of Land, Infrastructure and Transport on Wednesday.

The Ministry stated that the planned trials will be executed in the areas surrounding Hwajeong Subway Station in Goyang. The Ministry also plans to sign MOUs with the Land & Housing Institute and Korea Aerospace University in efforts to carry out joint research projects.

The proposed system will have drones perform rounds at major pedestrian walkways to safeguard children on their way to and from school as well as women and the elderly at night. The system will also be linked to police and fire stations, dispatching the drones to observe and take action in case of emergencies including criminal activities and fires.

Moreover, a “drone anchor center” will be established to cooperate with the nearby Korean Aerospace University while installing functions that will allow for flight management, entrepreneurship, corporate support and research. In addition, a physical exhibition hall will be set up to allow visitors to experience the drones first hand.

From May onwards, the Ministry will be operating a special team composed of experts from the Land & Housing Institute, Korea Aerospace University, Goyang, Korean Institute of Aviation Safety Technology, the Goyang Industry Promotion Agency and the Goyang police and fire departments.

According to Kim Itak, the project’s director, drones and other “smart” features will be incorporated into the city to provide an innovative environment that will create cutting-edge jobs for the region.