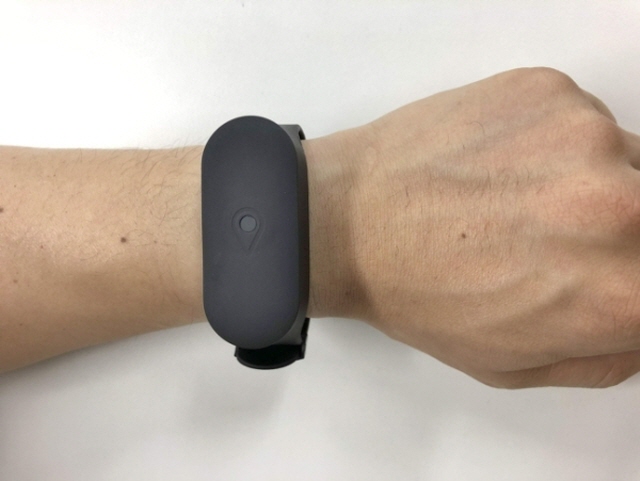 The device, which is equipped with a GPS tracker, allows guardians to verify the location of dementia patients via a smartphone in real-time. (image: National Police Agency)

SEOUL, Sept. 21 (Korea Bizwire) — A GPS device that helps detect the whereabouts of elderly dementia patients was found to be very useful in locating those who had gone missing.

According to police officials, all 30 senior dementia patients who received one of the devices were found after being reported missing.

The average amount of time that took to find the missing patients was 1.1 hours, which was much shorter than the average time required to locate missing elderly dementia patients on the whole (11.8 hours).

The device, which is equipped with a GPS tracker, allows guardians to verify the location of dementia patients via a smartphone in real-time.

In July, the police tracked down an elderly dementia patient in his 70s in Anseong, Gyeonggi Province, after he was reported missing. It only took the police 18 minutes to find the missing man, who had passed out in a nearby forest.

The patient was quickly taken to a hospital. Similarly, in Seoul last month, a dementia patient in her 80s lost her way and was reported to the police by citizens.

But because communication between the patient and police officials proved difficult, the serial number of the patient’s device helped law enforcement agents identify her.

As a result, the patient was handed over to her guardian in just 40 minutes.

In August, the National Police Agency signed an agreement with SK hynix Inc. and the Korea Association of Community Care for the Elderly to distribute free tracking devices to over 6,000 elderly dementia patients.

SK hynix currently utilizes funds donated by its employees to ensure that the devices and operation costs are fully covered.

In July, an upgraded and smaller version of the device with longer battery life was distributed to 4,000 senior dementia patients.