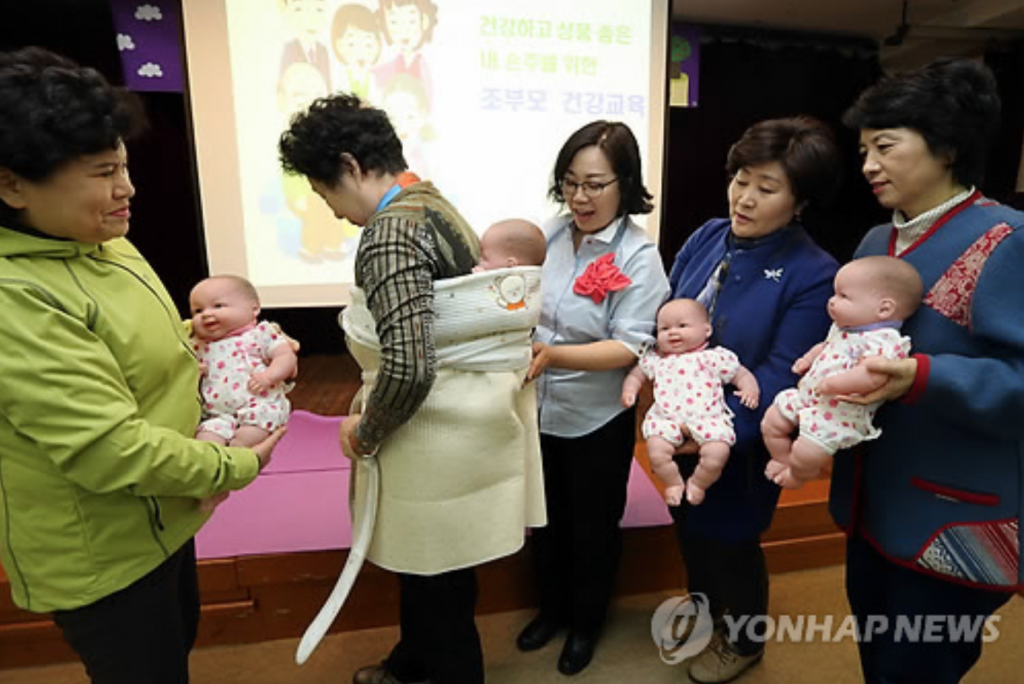 Health improvements were clearly seen when grandparents lived together with their children and grandchildren. (image: Yonhap)

SEOUL, Nov. 28 (Korea Bizwire) – The results of a recent study indicate that grandparents who take care of their grandchildren are usually healthier than those who don’t.

The research team analyzed the cause and effect relationship between taking care of one’s grandchildren and elderly health.

The results showed that grandparents who had taken care of their grandchildren in the past year showed advanced mental health, including factors such as their subjective health condition, satisfactory relationships with their sons and daughters, and quality of life. Their physical health was also improved as they had fewer hospital visits and better cognitive abilities.

However, if they took care of their grandchildren for long, it was likely to have a negative effect on their physical health.

In order to analyze the long-term effects of taking care of grandchildren, the researchers compared the statistics between 2008 and 2014. The positive effects of better quality of life and cognitive abilities were shown in both cases, but long-term child care was more likely to worsen their physical health, as evidenced by an increased number of hospital visits.

Health improvements were clearly seen when grandparents lived together with their children and grandchildren.

That is, for grandparents not living with their children, it was hard to find meaningful signs of health improvement.

The research team suggested that the phenomenon was caused by the physical burden of having to travel back and forth to their son’s or daughter’s home. They also said that it might be hard to have enough sense of accomplishment and share emotional bonding if grandchildren leave with their parents after work.

In addition, for elderly grandparents with decreased cognitive abilities, there were no health improvements for those who took care of their grandchildren.

The research results were published in the recent issue of the journal ‘Health Economics and Policy Research’.