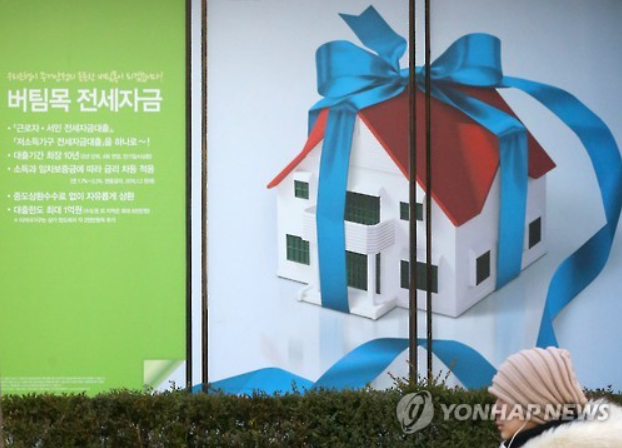 SEOUL, Oct. 3 (Korea Bizwire) –The ratio of household debt to gross domestic product (GDP) in South Korea increased at the fastest clip after China and Hong Kong despite a series of tightened lending rules, data showed on Wednesday.

According to the data compiled by the Bank for International Settlements (BIS), South Korea’s household debt accounted for 95.2 percent of the GDP at the end of March this year, up 2.3 percentage points from a year before.

During the first quarter of the year, the country’s household debt-to-GDP ratio was 0.4 percentage point higher than a year ago, also marking the largest gain in 16 years.

“The household debt growth recently has slowed, but the data showed such debt here is growing faster than in other countries,” Cho Young-moo, a researcher at LG Economic Research Institute, said.

Last year, the South Korean government unveiled a set of strict lending regulations aimed at curbing a rise in housing prices. In November, the Bank of Korea also raised its benchmark rate to 1.5 percent.

The end-March ratio is the seventh-largest after Switzerland’s 128.3 percent, Australia’s 122.2 percent and Denmark’s 117.3 percent. The comparable figures for the Netherlands, Norway and Canada were 104.3 percent, 101.6 percent and 99.4 percent, the BIS data showed.

The BIS data also showed that South Korean households’ debt service ratio (DSR) stood at 12.2 percent in the first quarter of the year, up 0.1 percentage point from the previous quarter, hitting the highest-ever level.

The higher figure means a higher burden to pay back debts.

South Korea’s outstanding household debt came to a record high of 1,493.3 trillion won (US$1,333 billion) in the April-June period, up 7.6 percent from a year earlier, raising concerns that the snowballing debt could become a drag on the economy.