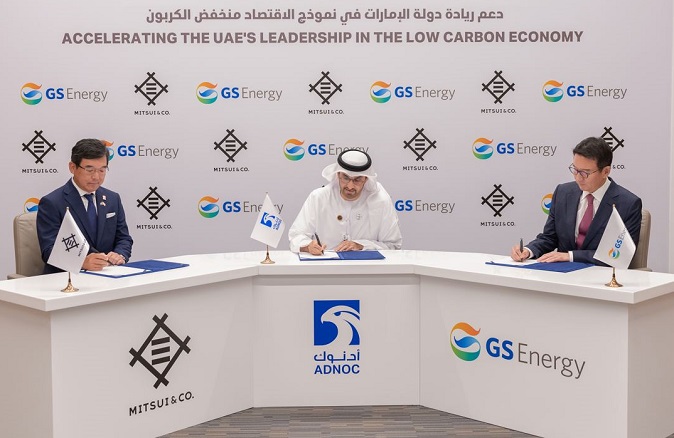 SEOUL, Nov. 17 (Korea Bizwire) — GS Energy Corp., an energy unit of South Korean conglomerate GS Group, has secured a deal to annually bring in about 200,000 tons of blue ammonia from the United Arab Emirates (UAE) from 2025, according to the company.

GS Energy announced Tuesday it has joined a project led by Abu Dhabi National Oil Co. (ADNOC) to build a production facility to co-develop the clean energy compound in a city west of Abu Dhabi.

GS Energy will hold a 10 percent stake in the project. Further details on the terms of the investment were not available. Japan’s Mitsui & Co. is also a co-partner in the development.

Blue ammonia refers to ammonia produced while capturing and storing the carbon dioxide emitted during the manufacturing process.

Ammonia is also a feedstock for hydrogen, a key element that has emerged as a clean fuel in the global efforts toward carbon neutrality.

GS Group has been pushing to diversify its energy business to green energy areas as fresh growth drivers, including hydrogen and bio, and reduce the portion in traditional petrochemical and refining sectors as part of its low-emission strategy.