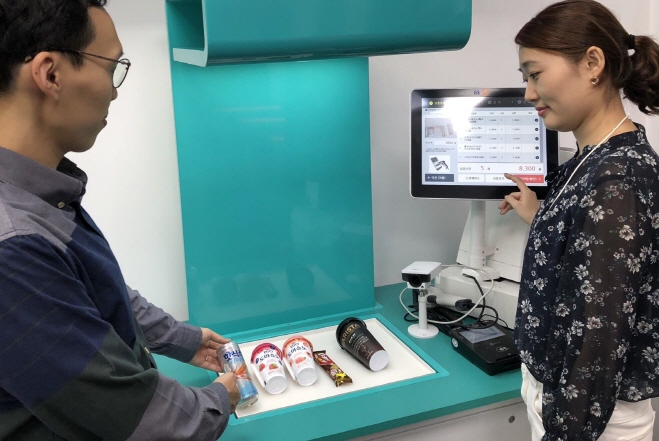 A self-checkout counter at one of its convenience store chain GS25 outlets in Seoul, which automatically scans items for payment by analyzing the image and weight of the products, without visitors having to scan their bar codes. (image: GS Retail Co.)

The company launched its convenience store chain GS25 outlet at the headquarters of LG CNS, the information technology (IT) arm of LG Group, in Seoul as a test bed for new retail technologies, it said.

Some of the key technologies used at the outlet include a face recognition system for payments and for the opening and closing of the entrance. The shop also has a checkout counter, which automatically scans items for payment by analyzing the image and weight of the products, without visitors having to scan their bar codes.

GS Retail said the launch of the new type of store is aimed at expanding the technologies to support its franchisees to reduce their burden of personnel expenses.

South Korea’s convenience store franchisees and other small business owners have been calling for support from the government and the franchisers in the face of the Moon Jae-in administration’s push to increase the minimum hourly wage.

A GS Retail official said the firm plans to continue the test operation until the end of the year and gradually implement some of the technologies used in the outlet for other stores starting next year.