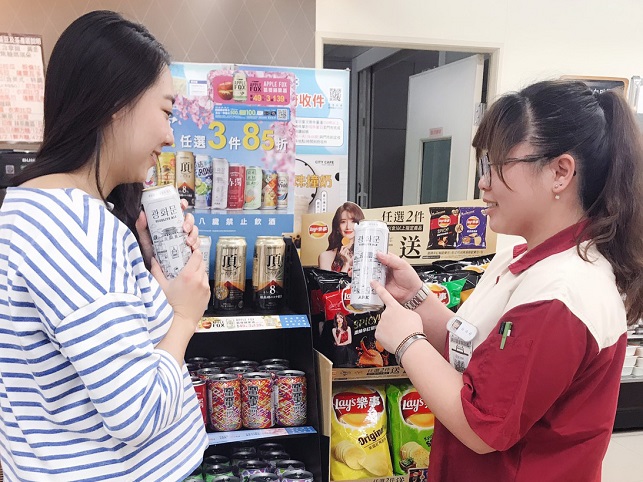 A staff person introduces “Seoulite Ale,” a South Korean craft beer brand supplied by GS Retail, to a customer at a local convenience store in Taiwan, in this undated photo provided by GS Retail.

SEOUL, Aug. 3 (Korea Bizwire) — GS Retail, the operator of GS25 convenience stores, said Wednesday exports of its craft beer products surged over 18 times between 2019 and the first half of 2022 amid a global craft beer boom.

The company said it set its overseas sales target at $1 million this year.

Since 2019, GS Retail has been joining hands with local beer breweries and supplying their canned beer products to overseas retail channels.

Currently, the convenience store chain exports 15 types of craft beer made from five independent beer breweries in South Korea to 13 countries, including Germany, Switzerland and Australia.