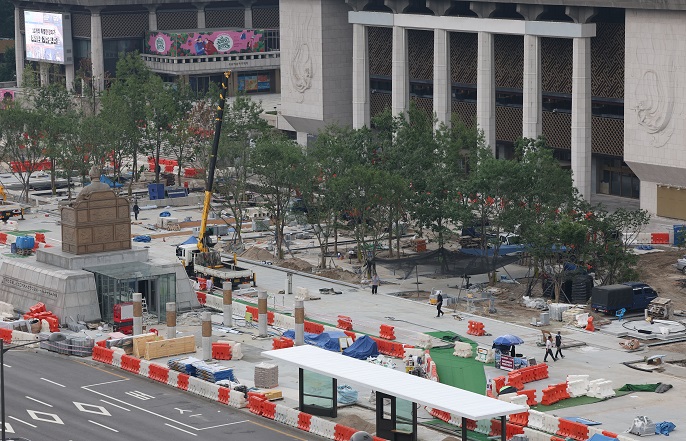 The construction to expand the square and turn part of it into a park is expected to be completed by the end of this month or early next month, they said.

As of late June, 90.6 percent of the project — launched by the administration of then-Seoul Mayor Park Won-soon in November 2020 — had been completed, the city government said.

The plan includes displays of artifacts from the Joseon Dynasty (1392-1910) era, and the construction of a waterway resembling the drainage system of the time.

However, the construction of other works are expected to take longer to continue until December 2023.

Works include the restoration of a Joseon-era platform that used to stand in front of Gyeongbok Palace, north of the square, and two statues of “Haechi,” a mythical four-legged creature, at their original sites.