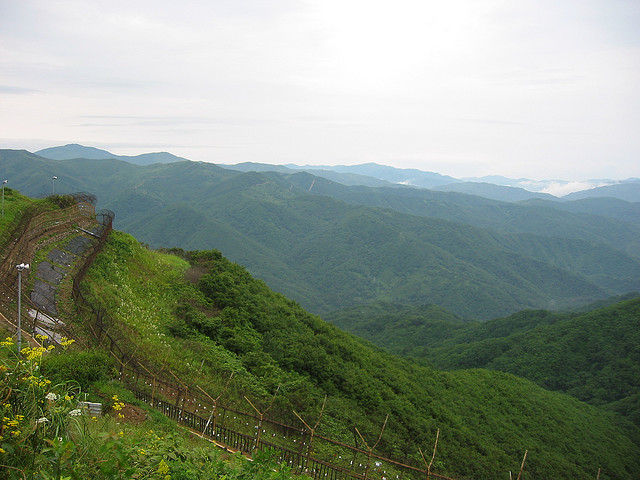 The DMZ Ecological Experience Program run by the provincial tourism organization began in 2010 and won a certification from the Ministry of Environment in the following year. (image:Friar’s Balsam@flickr)

SUWON, Korea, Dec 29 (Korea Bizwire) – The Gyeonggi provincial government and Gyeonggi Tourism Organization said on December 27 that its ecological learning programs offered in the demilitarized zone such as the “DMZ Eco-culture Classroom” and the “DMZ Experience Program” have won official seals of approval by the Ministry of Environment, the Ministry of Culture, Sports, and Tourism, and the United Nations Educational, Scientific, and Cultural Organization.

For example, the DMZ Ecological Experience Program run by the provincial tourism organization began in 2010 and won a certification from the Ministry of Environment in the following year. In 2012, the organization’s DMZ Volunteerism in Parks program earned a national approval by the Culture Ministry, followed in this year by a certification by UNESCO’s Education for Sustainable Development for its DMZ Eco-Culture Classroom and DMZ Youth Leadership Program.

In particular, the DMZ Eco-Culture Classroom has been so popular among school participants that as many as 6,182 students took the class this year, an eight-fold increase from two years ago, the first year of the program. The program’s coordinators visit schools in person and explain the unique ecology of the demilitarized zone including the wetlands and migratory birds. For this year’s program, Gyeonggi Tourism Organization reported that it saw the schedule for the whole year was fully booked within a week of reservation early this year. For further information on the DMZ programs, visit Pyeonghoa-Nuri (meaning “Peace World”) at http://peace.ggtour.or.kr.