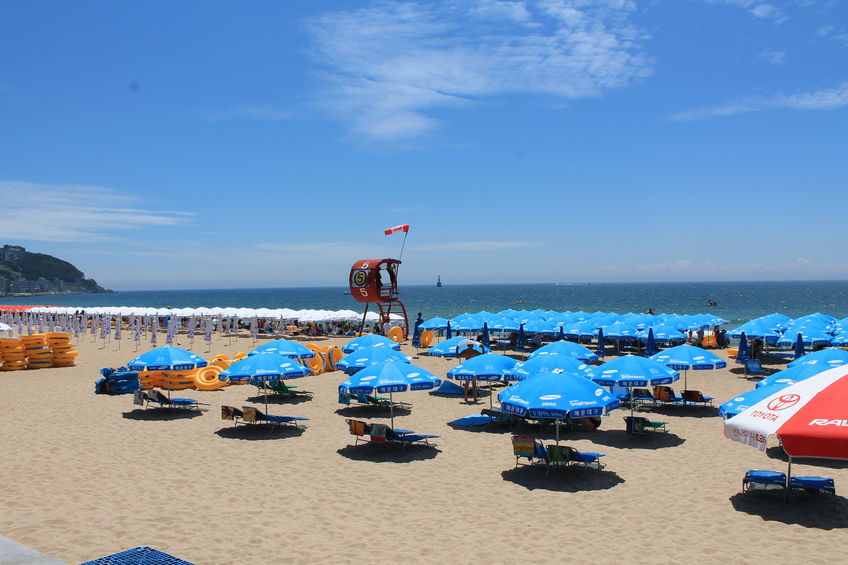 The nation’s second biggest city has been putting efforts to provide safer and more pleasant vacations this summer since early this year. (image:Kobizmedia/KoreaBizwire)

Busan, June 1 (Korea Bizwire) –  As summer arrives prematurely on the Korean Peninsula, Busan, one of South Koreans’ favorite resort cities, is bustling up to receive vacationers.

The nation’s second biggest city has been putting efforts to provide safer and more pleasant vacations this summer since early this year. Shower and dressing facilities of the big four beaches have been improved and expanded in size, and various recreational events have been planned for each beach park which carries slightly different ambiance from one another.

Indeed the most popular beach in Korea which has just increased its area drastically this year (58,400 square meters to 95,000 square meters), Haewoondae beach has arranged diverse events again for this summer such as “Haewoondae Sand Festival,” “Beach Sports Zone” and “Salsa Dance Festival.”

The Gwanganri beach, which is famous for its uniquely modern ambiance from Gwangan Bridge and the cafés and restaurants nearby, will present events that will go nicely with its urban and inspiring setting, such as “Seaside Music Festival” and numerous art festivals.

The Songdo Beach, which is more family-friendly than the other three, has prepared for events like “Family Movie Night on the Beach” and children’s sea water pool. The Songjeong Beach, a much favored beach by youths in their 20s, will host events targeted to college students.

On the other hand, with aftereffects of the ferry sinking disaster still lingering through the nation, the city officials and district governments are especially stepping up to reinforce safety measures for the upcoming vacation season.

The city has increased the number of management and safety staffers for the beaches from last year’s, from 873 to 909, and has established measures such as installing jellyfish containment nets, gauging water level and adjusting swimming areas accordingly, putting sand on submarine canyons and operating water accident response team.

Last year’s number of excursionists to Busan’s seven beaches was 4,044,000, which is 11.7 percent higher than the previous year, and even more is expected to visit this year due to upgraded facilities, various events and escalated temperature.

A director in the city administration said, “We are anticipating to see more vacationers than previous years in our beaches as summer this year is forecast to be as hot as others. We will try our best to keep beaches clean, safe and pleasant with collective efforts from the city, districts, related organizations and businesses nearby.”