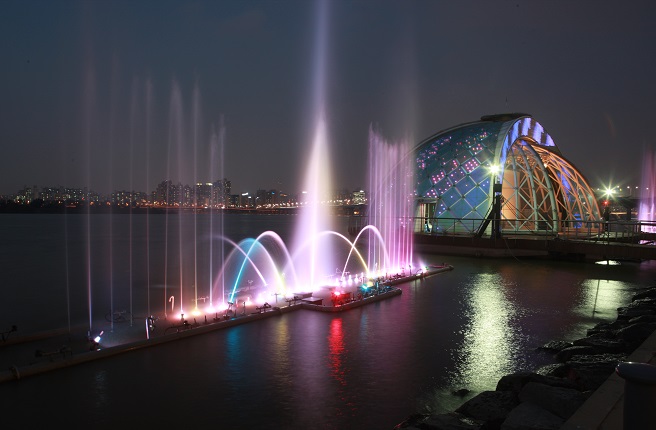 SEOUL, April 4 (Korea Bizwire) — The nine fountains in Han River parks are making a comeback after a two-year hiatus following the coronavirus outbreak.

The Seoul Metropolitan Government’s Hangang Project Headquarters began the operation of the Moonlight Rainbow Fountain at Banpo Bridge on Friday. 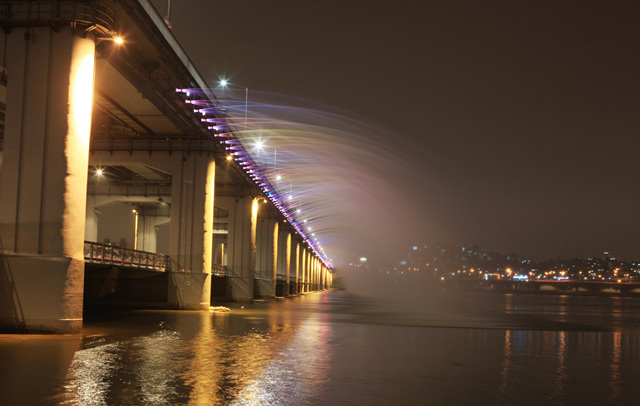 The Moonlight Rainbow Fountain, set up across the 1,140-meter-wide Banpo Bridge, recently had its old lights replaced with LEDs.

Known as the longest bridge fountain in the world, the Moonlight Rainbow Fountain set a new Guinness world record in 2008.

It pumps out 190 tons of water from the river every minute through its 380 nozzles. 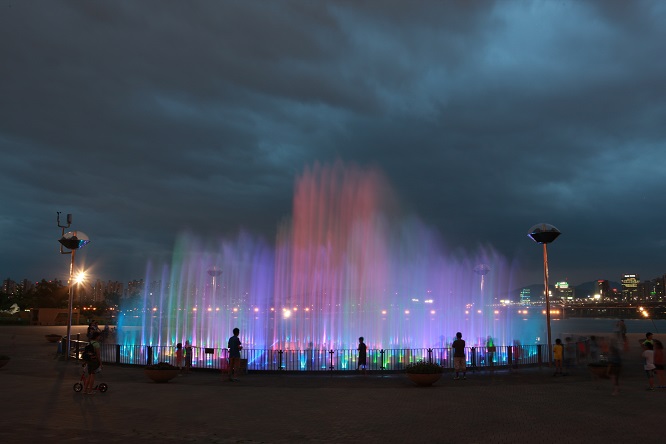