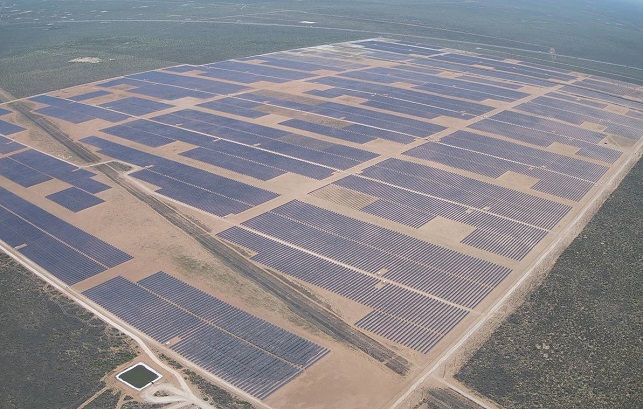 This photo, provided by Hanwha Energy Corp., shows a 180-megawatt solar plant built in the U.S. state of Texas by its U.S. subsidiary 174 Power Global.

SEOUL, Oct. 27 (Korea Bizwire) — Hanwha Energy Corp., a South Korean renewable energy company, said Tuesday that it has won a project worth US$185 million to build a solar power plant on Hawaii’s most populated island of Oahu.

Under the deal with Hawaiian Electric Co., Hanwha Energy is set to build the 60-megawatt solar facility and energy storage systems (ESS) with capacity of 240 megawatt hours (MWh) by 2023.

ESS refers to energy saving procedures in large batteries for the efficient distribution of power.

Hanwha Energy said it plans to sell electricity to Hawaiian Electric for 20 years after completing the power plant. The solar plant could generate enough electricity to power about 80,000 local households per year.

174 Power Global Corp., a wholly owned subsidiary of Hanwha Energy, will handle the project from start to finish, as well as the plant’s operation, according to Hanwha Energy.

In August, 174 Power Global built a 180-megawatt solar plant in the U.S. state of Texas.