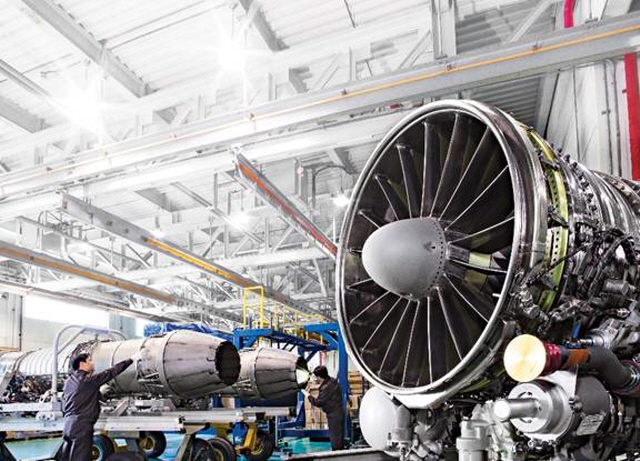 The manufacturing process of an aircraft engine at the company’s plant in Changwon, South Gyeongsang Province. (image: Hanwha Aerospace)

Under the deal, Hanwha Aerospace will acquire a 100 percent stake in EDAC Technologies Holding Company by the end of the year, the company said in a regulatory filing.

“The company aims to expand its aircraft engine parts business based on the acquisition of EDAC and to become a risk and revenue sharing program (RSP) global partner in global aircraft engine markets,” Hanwha Aerospace said in a statement.

The company expects the world’s aircraft engine market to grow an average of 6 percent per year to reach $54.2 billion in 2025 on the back of rising travel demand and increased freight cargo.

Parent Hanwha Group recently announced it will invest 4 trillion won in its aircraft parts and defense industry businesses by 2022.

Separately, Hanwha Aerospace said it has not considered and will not consider acquiring Asiana Airlines Inc., focusing instead on its mainstay aircraft engine business.