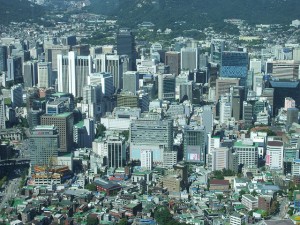 SEOUL, Korea, Jan 9 (Korea Bizwire) –Seoul’s rental market for small apartments including studios is seriously depressed of late. One of the reasons for the situation is attributed to the government’s measure to provide low-rate funds to those tenants to move in to properties under long-term lease contracts (called “jeonse” in Korean that involves one-time payment of deposit money typically consisting of 50-80 percent of the home’s selling price), instead of monthly rental agreements.

From the viewpoint of the tenant, making an upfront payment is much advantageous than paying monthly rent because he can get the deposit back at the end of the lease with no interest. For example, a tenant who used to pay 450,000 won a month with a 30-million-won deposit can save a year as much as 3.65 million won if he takes out a loan of 50 million won and get a house with the lease payment of 80 million won (including the 30-million deposit he will get back from the previous landlord) at the interest rate of 3.5 percent (annual interest payment of 1.75 million won).

Most real estate market analysts, however, said the biggest reason for the market downturn has to do with a glut in small apartments and studio units. According to the Ministry of Land, Infrastructure, and Transportation, the total number of small housing units built within the City of Seoul for the past four years and nine months (January 2009 to September 2013) was 55,017. Of these, the ratio of studios was 75.3 percent, or 41,402 units.

Given the number of small housing units licensed to be built last year within the city was 18,853, the glut will continue for the time being. For the next several years, it would be hard times for rental home owners who will see their income decline while having difficulty filling their homes with tenants.