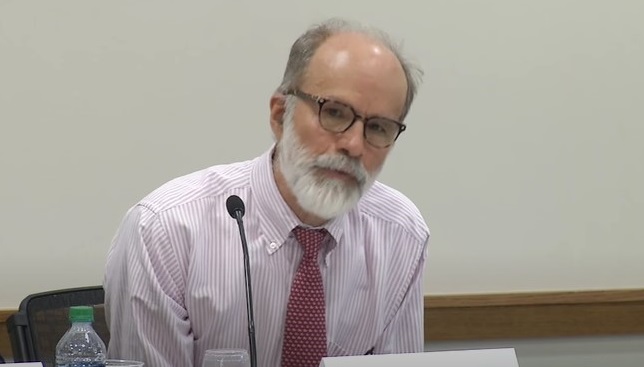 NEW YORK/SEOUL, Aug. 15 (Korea Bizwire) — A Harvard professor has claimed that Japan did not force Korean and other women into sexual slavery during World War II, renewing his much-denounced claims that the victims were actually prostitutes.

J. Mark Ramseyer of the Harvard Law School made the claim in the preface to a recently published book on the victims, saying Japan’s military did not need to forcibly mobilize what he characterized as prostitutes and had little room to do so.

Authored by Tetsuo Arima, a social science professor at Waseda University, the book was published on July 30 ahead of South Korea’s Aug. 15 Liberation Day that marks the country’s liberation from Japan’s 1910-45 colonial rule, long a source of historical animosity between the neighboring countries.

In the Japanese-language preface, Ramseyer also said that it was only after Seiji Yoshida, a Japanese novelist, published a book entitled “My War Crimes” in 1983 that damage claims by former sex slaves started to emerge.

The book included Yoshida’s claim that he took Korean women from the island of Jeju for sexual service.

Ramseyer then claimed that women, who worked at the military brothels to make money or due to pressure exerted by their fathers, started to claim that they were forced into sexual servitude by the Japanese military.

Ramseyer also mentioned the case of Yoon Mee-hyang, a South Korean lawmaker alleged to have embezzled public donations while running a civic group for former sex slaves, and questioned the credibility of victims’ accounts.

His claims resurfaced as Seoul has been struggling to address a set of thorny historical issues, including Japan’s wartime forced labor, through diplomatic talks with Tokyo, amid a U.S. push to bring the Asian allies closer.