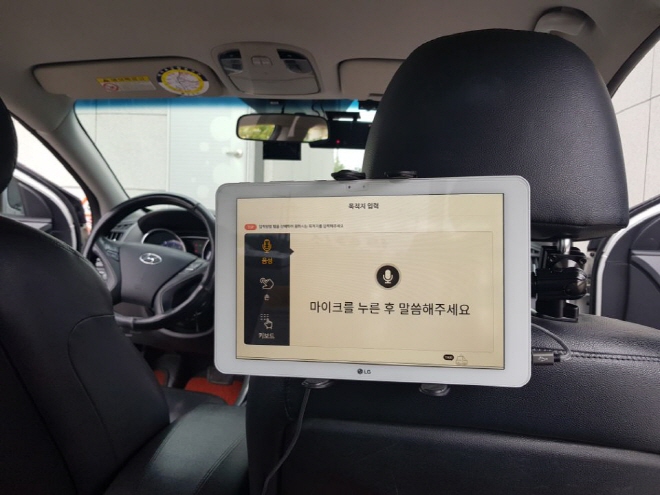 SEOUL, Aug. 13 (Korea Bizwire) — A new smartphone application known as “Goyohan Taxi” created by a group of college students will allow those who are hearing impaired to drive taxis in Seoul.

The application was created by a social venture called Coactus, led by Song Min-pyo, a senior at Dongguk University’s computer engineering department.

Coactus first began as a school club that focused on incubating the startup venture. Song says that his company has inked an agreement with a taxi company in Seoul.

“After final talks are carried out with the Seoul Metropolitan Government, people with hearing disabilities will be able to drive taxis in the capital,” said Song.

Until now, the notion that those with a hearing disability would drive taxis was considered unfathomable because the task, unlike other jobs in the transportation industry, requires drivers to communicate directly with customers.

But “Goyohan Taxi” allows hearing impaired drivers to do just that. Earlier in the year, the city of Gyeongju in North Gyeongsang Province became the first municipality to operate taxis driven by deaf drivers.

With the help of a tablet PC, the application connects drivers to passengers who can use voice recognition functions or type in messages directly into the tablet regarding their destination.

Although drivers are unable to use the tablet computers while they drive, they can send template messages such as “please type in the address,” and “we are close to your destination.”

Song says at the core of “Goyohan Taxi” is the sentiment that the application should not hinder drivers while they drive.

“In addition, the application aims to allow for quick and accurate communication between driver and customer,” said Song.

Some critics have said that it is not feasible to have a taxi service led by a legally deaf driver, but current laws allow those with hearing impairment to be issued driving licenses if they are able to hear sounds above 55dB.

Song acknowledges that this is one question that he was asked often when he was first working on the application.

“But people who are unable to hear at all cannot get driver’s licenses. And due to recent advancements in technology, hearing aids can help those with the disability to drive,” said Song, who came up with the idea to help the community and improve awareness of the disability.

“Those with hearing disabilities are not different from normal people in terms of appearance, but they are having a hard time finding jobs,” said Song, who developed the technology by addressing this question.

Coactus will be representing South Korea in the international round to be held in Silicon Valley.