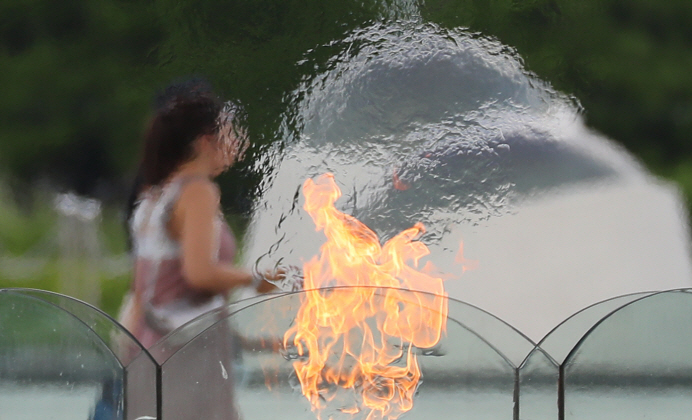 This file photo taken in August 2019 shows a Seoul citizen walking in a public park in southern Seoul. (Yonhap)

SEOUL, Feb. 19 (Korea Bizwire) — Global climate change has increased the frequency of abnormal weather conditions, such as heat waves, tropical nights and typhoons, and lengthened the duration of cold waves and droughts on the Korean Peninsula over the past decade, a government report said Wednesday.

According to the report published jointly by the Korea Meteorological Administration and 23 other government agencies, South Korea’s annual average temperatures and the number of days of heat wave steadily rose in the 2010s.

In the period from 2010 to 2019, unusual weather phenomena, including heat waves, tropical nights and typhoons, persistently hit the peninsula, with heat waves occurring every year, it noted.

In addition, the nation was frequently gripped by long and severe cold waves in the early 2010s, as global warming weakened the jet stream and cold air from the Arctic descended towards the peninsula. The late 2010s also saw long spells of drought.

The report also noted last year’s annual average temperature was 13.5 C — higher than the 30-year average of 12.5 C and the second highest figure since relevant record keeping began in 1973.

Notably, the Korean Peninsula was hit by a record-tying seven typhoons last year.