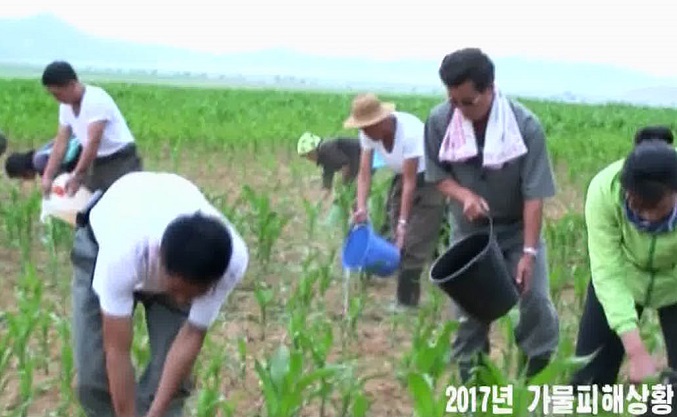 SEOUL, Nov. 30 (Korea Bizwire) — North Korea has seen an increase in heat waves and tropical nights and a decline in cold spells over the past three decades as global warming has driven up temperatures, South Korea’s state weather agency said Tuesday.

The average annual temperature in North Korea rose by 0.4 degree Celsius to 8.9 C for the 1991-2020 period in comparison with the 1981-2010 period, according to the Korea Meteorological Administration (KMA).

The agency used temperature and precipitation data collected from 27 observation points in North Korea through global data networks by the World Meteorological Organization.

According to the data, average annual temperatures rose across the North, led by Hamhung, South Hamgyong Province, and Haeju of South Hwanghae Province, where the numbers grew by the highest margin of 0.5 C to 10.8 C and 11.9 C, respectively.

The annual average temperature in the capital city of Pyongyang was 11 C, while the highest and lowest averages were recorded in Jangjon, South Hamgyong Province, with 12.4 C and Samjiyon, an high-altitude area on the northern tip of the country, with 0.8 C, respectively, the data also showed.

The overall average annual temperature of 8.9 C in the North was 3.9 C lower than that of South Korea, it also showed.

Driven by such climate change, North Korea recorded on average four days of heat wave, as defined by the daily maximum temperature of 33 C or higher, every year in the latest 30-year baseline period, compared with 1.2 days in the previous reference period.

The frequency of tropical nights, as defined by the lowest night temperature of 25 C or over, also rose to 1.1 days from 0.5.

Meanwhile, the frequency of cold snaps, as defined by the morning low of minus 12 C or below, fell to 36.3 days, 2.7 days less than what was previously recorded.

During the latest 30-year reference period, South Korea on average had 11.8 days of heat wave each year, 7.2 days of tropical night and 4.8 days of cold snap, according to the data.

The average annual precipitation in North Korea decreased by 7.7 millimeters to 912 mm in the 1991-2020 period.