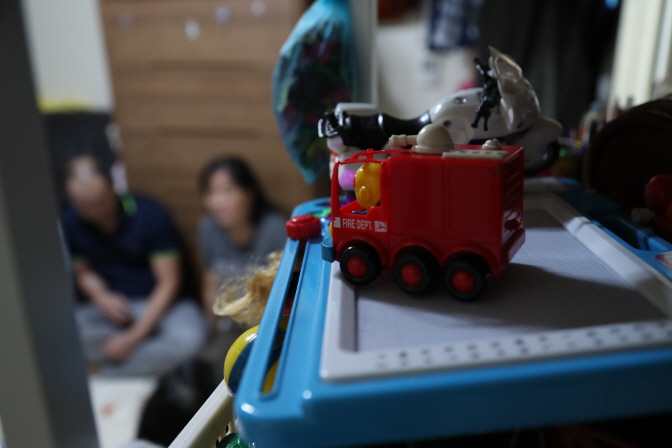 These are some of the things that children described in a painting contest held by ChildFund Korea, a South Korean agency for child welfare, at a local elementary school in Gyeonggi Province last Friday.

Many of the students live near an industrial complex. More than 60 to 70 percent of the students are from multicultural families, most of whom are suffering from housing poverty.

While they seem to be well off living in villas, most actually live with their family in a single room that is smaller than 33 square meters.

“Children begin to want their own space as they reach puberty, but housing poverty makes it very difficult,” said a source familiar with the children’s agency.

Childfund Korea reported that longer exposure to housing poverty raises the rate of obesity, hours of internet usage, dangers of being neglected and falling victim to sexual harassment, while academic performance, subjective happiness, and adjustment at school fell.

The agency says effective measures to support children who live in spaces that fail to meet even the lowest minimum standard are urgently needed.

“One out of ten children in South Korea suffers from housing poverty, and one out of one hundred children lives in a space that is not meant to be a residence,” said the agency.

“There are 940,000 children who are deprived of their housing needs, but they are still sidelined due to policies that tend to focus on young adults, seniors, and newlyweds.”