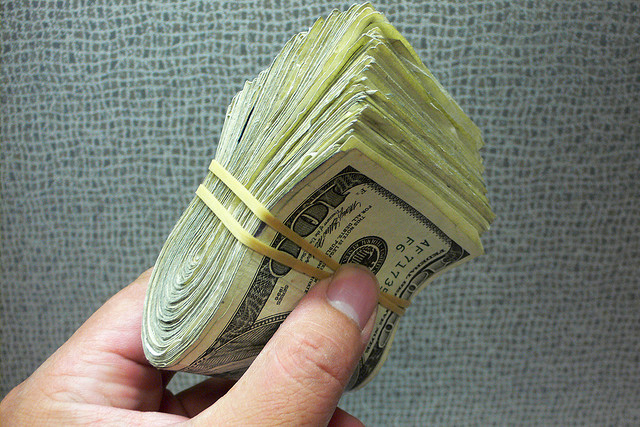 A rich Korean tended to make more than 80 million won each year, spend about 56 percent of the monthly earnings for living, and spare about 1 million won. (image: Retracted Moments/flickr)

SEOUL, Korea, April 11 (Korea Bizwire) – An average individual from the upper crust of Korea spares 1 million won each month as surplus fund and most likely to spend it on wheels.

On April 10, Visa Card came up with survey analysis of the top 20 percent rich people from 11 different countries, in which it showed a rich Korean tended to make more than 80 million won each year, spend about 56 percent of the monthly earnings for living, and spare about 1 million won apart from all other insurance premiums and savings.

Spared money as such was most likely to be used on cars. As of last year, an average well-off has spent 35 million won on cars, and he or she is willing to spend 47.7 million won this year.

The area of spending with the highest growth rate was furniture and interior design, which was 8.5 million won last year to be 25 million won this year, an increase of 295 percent. The next was charities and donations, for which the rich were willing to spend 7.1 million won in 2014, an increase of 178 percent.

This year, most of the respondents in Korea said they would like to spend their surplus fund for night outs (90%), and other answers included: family vacation (82%), dining at fancy restaurants (64%), charities and donations (48%), designer clothes (43%) and handbags and purses (41%). They expected most of the spending would be made domestically, except traveling and shopping for designer goods.

The wealthy crowd from fellow Northeast Asian countries like China, Hong Kong, and Japan had similar ideas about how they would like to spend their surplus fund, but the rich in the UAE, Indonesia and Australia seemed to put noblesse oblige and family hang-out above all other things.

According to the survey, 44 percent of wealthy Koreans viewed “luxury” as the “means to show off their social status.” Consumers in Korea, Japan and Russia were very conscious of social status, while those in Singapore and Australia valued quality and experience more.

Visa Korea CEO Iain Jamieson explained that the people belonging to the upper class in Korea like to make the most out of their fortune by sharing good experiences with family and friends, and view life as something they live to enjoy.