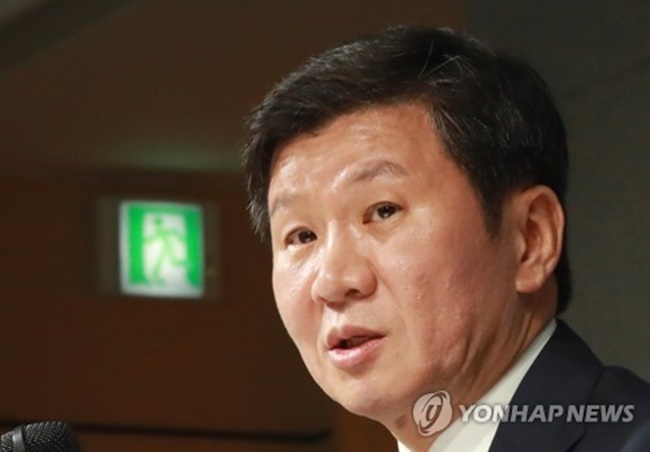 The major management reshuffle comes after months of speculation of a conversion to a holding company to hand more power to CEO Chung Mong-gyu and his family members, and simplify a corporate structure that had previously been labeled as ‘complicated’. (Image: Yonhap)

At a board meeting held on Tuesday, plans were announced to divide the current structure of HDC into two, including a holding company and a separate operating company with official names yet to be determined.

Through the company’s split, the existing corporation will become a holding company, while the separate company to be spun off will be transformed into a new operating company.

The division of shares will take place in the ratio of 42 to 58, with the holding company becoming the larger share holder among the two. Existing shareholders will have their shares dispersed in the same ratio in both companies.

Hyundai Development Company is expected to hold a general shareholders meeting next March, before the establishment of a new holding company in early May of next year.

The major management reshuffle comes after months of speculation of a conversion to a holding company to hand more power to CEO Chung Mong-gyu and his family members, and simplify a corporate structure that had previously been labeled as ‘complicated’.

Chung and his family, despite being seen as the owners of the company, have only 18.56 percent of shares in their possession, with other biggest shareholders including the National Pension Service and Templeton Asset Management, which own over 9.98 percent and 9.87 percent of the company’s shares, respectively.

“The decision to convert to a holding company is to improve transparency and responsibility in management by separating our business and investment bodies, a move that will create shareholder value.

Following the announcement, speculation has already begun growing that the holding company could be merged with subsidiary company I Controls, in which Chung owns a 30 percent stake.