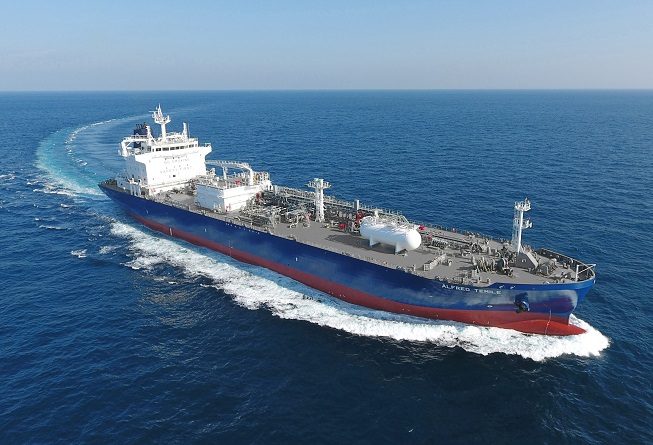 Under the plan, the shipbuilding group will establish a new unit that handles the production of hydrogen and the use of it on land and sea by 2030.

KSOE said it will go ahead with a project to produce green hydrogen that refers to hydrogen produced by splitting water by electrolysis, using renewable energy sources such as wind power without emitting carbon dioxide.

The shipbuilding group said it will also speed up the development of hydrogen carriers.

In October, Hyundai Mipo Dockyard Co. won approval for the design of a commercial hydrogen carrier for the first time in the world from KR, a South Korean ship quality assurance and risk management company, and the Liberian International Ship & Corporate Registry (LISCR), the U.S.-based manager of the Liberian Registry.

Under the group’s onshore hydrogen project, Hyundai Oilbank Co., a refining unit of the group, also plans to build about 180 hydrogen stations by 2030 across the country.

Hyundai Electric & Energy Systems Co., a power equipment manufacturer, and other group affiliates will be engaged in various hydrogen-related business.

In a bid to push for environment-friendly business, the group plans to raise 1 trillion won (US$900 million) by listing shares of Hyundai Heavy Industries Co., a shipbuilding unit of KSOE, this year.