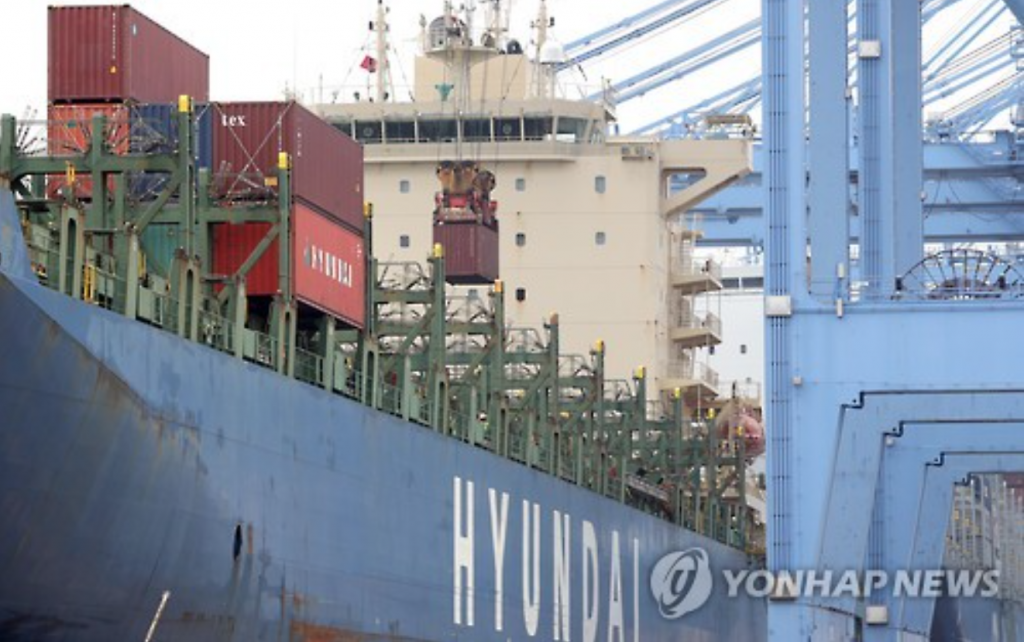 Hyundai Merchant, if the deal goes smoothly, will become the No. 2 stakeholder in TTI after Geneva-based shipper MSC. (image: Yonhap)

SEOUL, Jan. 19 (Korea Bizwire) – Hyundai Merchant Marine Co., a major shipping line here, said Thursday that it has decided to buy a stake in local troubled rival Hanjin Shipping Co.’s port terminal operator in the U.S., as part of efforts to save costs.

In a regulatory filing, Hyundai Merchant said its board of directors decided to buy a 20-percent stake in Hanjin Shipping’s Total Terminals International LLC (TTI) and equipment-leasing firm HTEC, as well as the debt owed to its shareholders, for a combined US$15.6 million.

On Wednesday (local time), a U.S. court gave its approval to Hanjin Shipping to sell its stake in TTI, which operates container terminals at ports in Seattle and Long Beach, California.

Hyundai Merchant, if the deal goes smoothly, will become the No. 2 stakeholder in TTI after Geneva-based shipper MSC.

In December last year, Hanjin Shipping signed a contract with MSC to sell its 54-percent stake in the Long Beach Terminal. MSC already owns the remaining 46 percent in TTI.

Hanjin, one of the world’s leading container carriers, filed for court receivership in late August of last year amid multi-billion-dollar debt.

Hanjin Shipping and local shippers have been under financial strain due to falling freight rates stemming from an oversupply of ships and a protracted slump in the global economy.