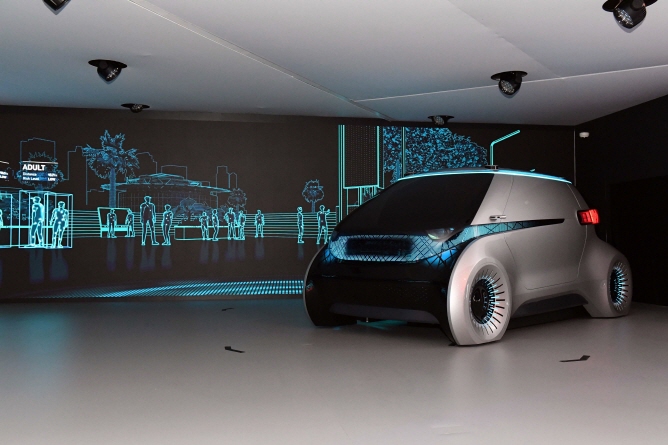 Three high-performance camera sensors inside the vehicle will not only increase driving safety by significantly reducing blind spots, and but also improve fuel efficiency as side-view mirrors will be hidden inside the car, Hyundai Mobis said in a statement.

“The paradigm shift to the future car is demanding both functional and design upgrades of all core components, which have been taken for granted until today,” Vice President Gregory Baratoff in charge of autonomous vehicle development at Hyundai Mobis said in the statement.

The company will not only develop element technologies, like sensors and solutions based on them, but also the core parts portfolio that it has already secured in accordance with the future car era, he said.

With the advanced sensor technology, Hyundai Mobis has joined a couple of global future mobility developers and it aims to export the advanced technology to carmakers, the statement said.