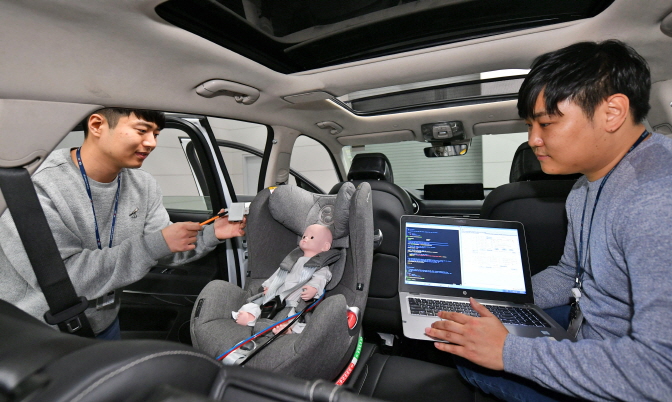 The radar-based rear occupant alert (ROA) system alerts a driver to check the vehicle’s back seat in case the presence of a child is detected.

Hyundai Mobis said it had “preemptively” developed the ROA system as carmakers should adopt such an in-cabin safety alert in their vehicles in Europe from 2022.

“The radar-based ROA system is more accurate in sensing children in rear seats than an ultrasonic alert system. The radar-based system has not been applied to a vehicle yet,” a company spokesman said.

There were vehicular heat stroke accidents in South Korea in recent years as children were left unattended in vehicles in the summer.

In 2018, a 4-year-old girl died of vehicular heat stroke near Seoul.

The world’s in-cabin sensor market is expected to grow an average of 7 percent a year to reach US$14 billion in 2030 from $4 billion this year, the company said, citing data from consulting firm McKinsey & Company.