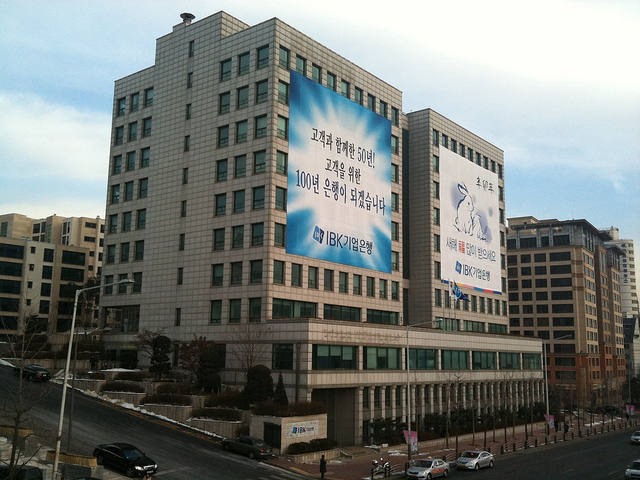 According to the Financial Supervisory Service on June 20, Industrial Bank of Korea disposed of 4,433,333 shares (5.43%) of Samick Musical Instrument through a block sale. (image: dalcrose/flickr)

SEOUL, June 23 (Korea Bizwire) - Industrial Bank of Korea sold off all its holdings in Samick Musical Instrument. The bank, in partnership with KDB Capital, purchased bonds with warrant on the musical instrument maker last year and succeeded in netting 14.8 billion won in profit.

According to the Financial Supervisory Service on June 20, Industrial Bank of Korea disposed of 4,433,333 shares (5.43%) of Samick Musical Instrument through a block sale.

The bank’s “private equity fund for small businesses” had bought the convertible bonds and bonds with warrant worth a total of 30 billion won together with KDB Capital in March last year.

Of these, it sold off all the convertible bonds in April this year at the conversion price of 2,736 won, followed in the same month by the sale of 4,433,333 bond shares to Kim Min-soo, president of Samick Musical Instrument.

The conversion price for the remaining bonds was 3,610 won. Through the transaction, Industrial Bank of Korea and KDB Capital took the net profit of 14.8 billion won.

Some in the market suggested that the deals were manipulated given the terms at which the bonds with warrant were sold to Mr. Kim of Samick were somehow fixed from the beginning.

If the bank had not sold the bonds and exercised its rights to convert them to stocks, it would have earned the profit of 5.6 billion won. That much money, the detractors argued, was flowed into Mr. Kim’s personal coffer. With the exercise of the bond warrants, his holdings in the company have increased to 7.66 percent from the current 2.38 percent.