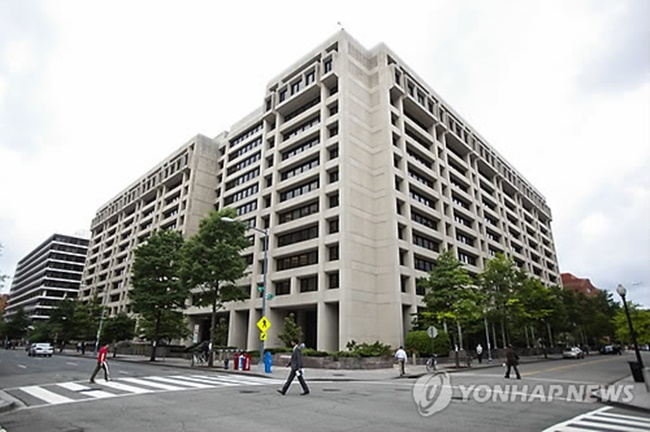 The Fed at the time signalled that additional hikes would be made in a gradual manner later this year. (Image: Yonhap)

“So far, we have not seen any significant impact on South Korea’s trade investments,” Markus Rodlauer, deputy director of the Asia-Pacific department at the IMF, said during a press briefing, referring to the risk of geopolitical tensions.

“We see the Korean economy being quite resilient to external shocks and tensions. Historically, this has been the case and we expect it to be the case going forward. The economy has very strong buffers,” the official said.

But one of the major risks facing South Korea is a sharp rise in U.S. rates, he said.

“Very sharp escalation with the US is a major risk of the economy right now going forward,” he said.

Last month, the U.S. Federal Reserve raised the target range for the federal funds rate by 25 basis points from 0.75 to 1 percent in the first hike since U.S. President Donald Trump came into power with pledges to boost the economy.

The Fed at the time signalled that additional hikes would be made in a gradual manner later this year.

According to the “dot plot” of rate projections released after the meeting, Fed officials expect to see two more hikes this year. It also showed that they expect three hikes each in 2018 and in 2019.