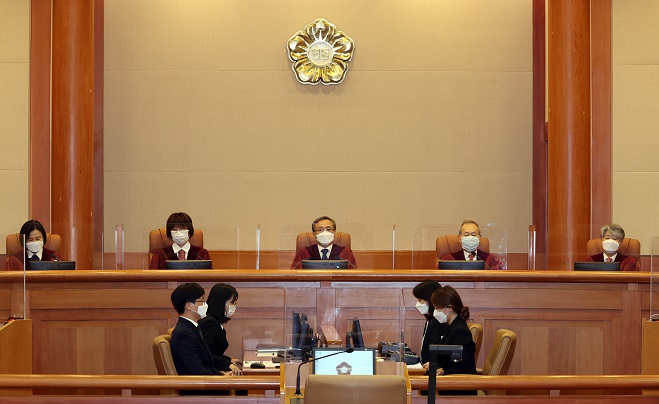 SEOUL, April 6 (Korea Bizwire) — The Constitutional Court has ruled that it is constitutional to punish those who bring marijuana into the country, regardless of how they end up possessing the substance, officials said Wednesday.

In a unanimous decision, the court dismissed a constitutional petition filed against the Narcotics Control Act that stipulates heavy punishment for those possessing and bringing in marijuana even if they did not purchase it.

Under the law, violators can be sentenced to life imprisonment or at least five years in prison unless they have received approval from the Ministry of Food and Drug Safety to bring in the drug for medical, academic or public purposes.

The petition was filed by a woman who was sentenced to prison for having five cannabis cartridges in her baggage while entering South Korea from Vietnam in 2019. She claimed they belonged to her foreign husband and were lawfully purchased.

The Constitutional Court said that how she came to possess the marijuana was not an important element to consider as long as the act of bringing it in increased the possibility of its distribution and harm to society.

All acts of bringing marijuana into the country from abroad are considered imports, even if the drug was not purchased by the possessor, the court said.