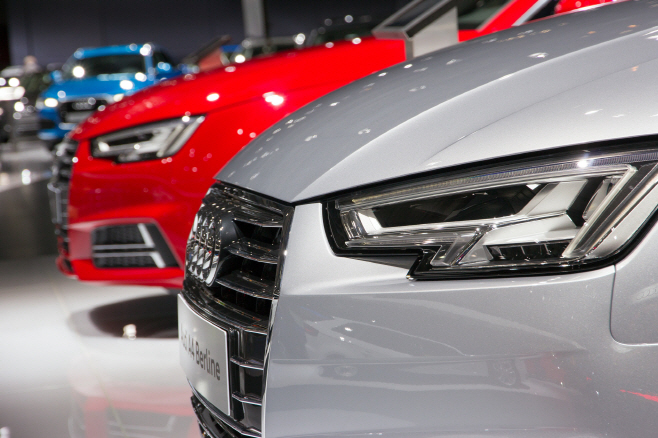 The total number of newly registered foreign vehicles fell to 17,222 last month from 20,234 a year ago. (image: Korea Bizwire)

The total number of newly registered foreign vehicles fell to 17,222 last month from 20,234 a year ago, the Korea Automobile Importers and Distributors Association (KAIDA) said in a statement.

“The sales decline is due to the Chuseok holidays, which fell on the last week of September, and lack of supply in some brands,” KAIDA Vice Chairman Yoon Dae-sung said in the statement.

In September, BMW’s vehicle sales plunged 61 percent to 2,052 units from 5,299 a year earlier as dozens of fire incidents in the engine compartment of its vehicles, mainly the 520d sedan, have been reported in Korea this year.

In the January-September period, imported carmakers sold a total of 197,055 autos, up 14 percent from 173,561 units a year ago. The gain was helped as Audi Volkswagen resumed sales in Korea starting last November after suspending normal operations in 2016 and 2017 following an emissions cheating scandal.