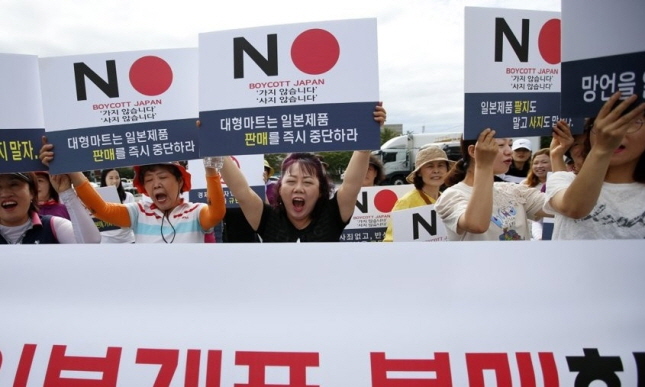 Seoul brought in consumer goods worth US$253 million in July, down 23.4 percent from a year earlier, according to the preliminary data from the Korea Customs Service.

Japanese beer and cars bore the brunt of a local campaign against products from the neighboring country, which started a year ago in protest over Tokyo’s export controls.

South Korean imports of autos from Japan plunged about 52 percent from a year earlier to $52.35 million in July.

In contrast, imports of Japanese motorcycles soared 229 percent on-year to $5.37 million, with those of pet feed and golf clubs surging 79 percent and 61 percent, respectively.