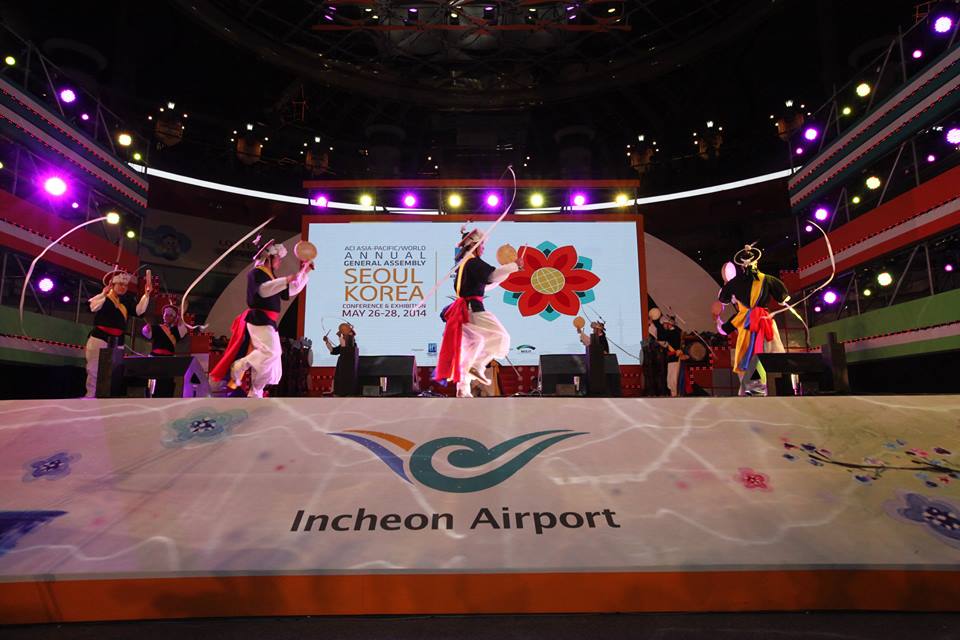 INCHEON, South Korea, Aug. 1 (Korea Bizwire) — Incheon International Airport, one of the few airports to present year round premium art and cultural performances, has organized a splendid program to help visitors dispel the summer heat during the peak vacation season.

The special Cool Summer Concert will be held one hour from 4 in the afternoon everyday for six days from August 5th to the 10th at the Millennium Hall located on the first floor of the passenger terminal. In addition to performances by leading vocalists and musicians from Korea and abroad, Incheon International Airport will also host a unique World A Cappella Competition. The entire Cool Summer Concert is offered for free to everyone visiting the airport.

On the 5th, the first day of concert series, internationally acclaimed pianist Yang Bang-eon, who performed at the closing ceremony of the 2014 Sochi Winter Olympics, will perform alongside the Mostly Philharmonic Orchestra to mark the beginning of the Cool Summer Concert with a beautiful joint performance.

On the 6th, world-class jazz vocalist Na Yun-seon, who was awarded the Chevalier dans l’ordre des Arts et Lettres of the French government, and the famous Swedish jazz guitarist Ulf Wakenius will give performances. Then on the 7th, Korea’s much celebrated singer Kim Beom-su, who is recognized for his powerful voice even by fellow musicians, will present a splendid live performance in concert with the Mostly Philharmonic Orchestra.

For three days from the 8th to the 10th, a unique World A Cappella Competition, the first to be organized by Incheon International Airport, will be held. This contest was organized in cooperation with the Korea A Cappella Society. Famous a cappella teams from all over the world have sent in their applications of which around 20 have been selected including ‘Idea of North’ from Australia which is considered one of the best a cappella groups in the world. Joining the stage will also be ‘MayTree’ from Korea which won the gold prize in the pop category at the International A Cappella Contest held in Austria in 2011. Another notable group that will make its presence will be ‘Freeplay Duo’ which is a Canadian group that has recently been performing widely throughout Europe and Canada.

A gala concert by a cappella teams from all over the world will kick off the Cool Summer Concert on August 8th followed by a special Asian Youth A Cappella Competition that will be held on the 9th. The World A Cappella Competition will then be held on the 10th. This will be a special cultural gift from the Incheon International Airport featuring performances by leading domestic and international a cappella groups.

As this is the first a cappella competition to be held at the airport one of Asia’s leading a cappella music directors, Ray Yl Chu from Taiwan, has been invited to serve as a judge to ensure unbiased scoring. In addition, audiences will also be able to participate in judging by sending in text message votes on site.

“The daily average passenger count at Incheon International Airport this summer is forecast to be around 140,000, which is an increase of almost 4% from last year. In particular, we expect the largest daily passenger count in early August during which the special summer performance will be held,” said Acting President Choi Hong-yeol of Incheon International Airport Corporation. “This summer’s cultural event is intended to be a special gift to the people using the airport.”

The stage at the Millennium Hall on the first floor of the passenger terminal where the concert will be held has been decorated under the theme of ‘Gallery in Garden.’ The performance venue that has been arranged as a gallery filled with beautiful landscape and art works has been attracting a lot of airport visitors. At present, the works of Han Gwang-wu are on display. His artworks typically express the values of individuals in a global city setting using the lenticular technique that reorganizes a planar image (2D) into a three-dimensional (3D) printed material. Works of various other artists will also be exhibited for each season.

Incheon International Airport has been positioning itself as a leading “culture-port” by providing unique and various cultural venues and programs situated along the main arrival, departure and transiting foot traffic paths of travelers. By offering cultural and artistic programs that display Korea’s traditional and pop culture in 12 cultural venues including a special stage for year-round cultural performances, a diorama of a royal parade, the Korean Traditional Culture Center, a Korean Culture Street, Media Wall and Craft Exhibition Center, Incheon International Airport is providing special and unique experiences to travelers.