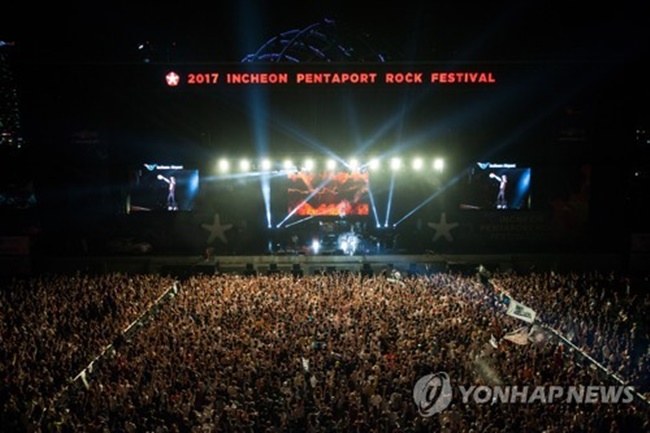 Industry watchers attribute the drop to a growing competition from other music events held in the summer. (Image: Yonhap)

SEOUL, Aug. 14 (Korea Bizwire) – The Incheon Pentaport Rock Festival, a major summer music festival in South Korea, saw a slight drop in the number of visitors from last year, according to organizers Monday.

Industry watchers attribute the drop to a growing competition from other music events held in the summer.

The festival was held at Songdo Moonlight Festival Park in Incheon, 40 kilometers west of Seoul, from Friday to Sunday, featuring a total of 70 international and domestic artists, including British rock band Bastille, Grammy-nominated band Justice and Australia’s 5 Seconds of Summer.

“We’re seeing a lot of summer music events being held around the same period, splitting up the demand for large events,” a concert industry insider said.