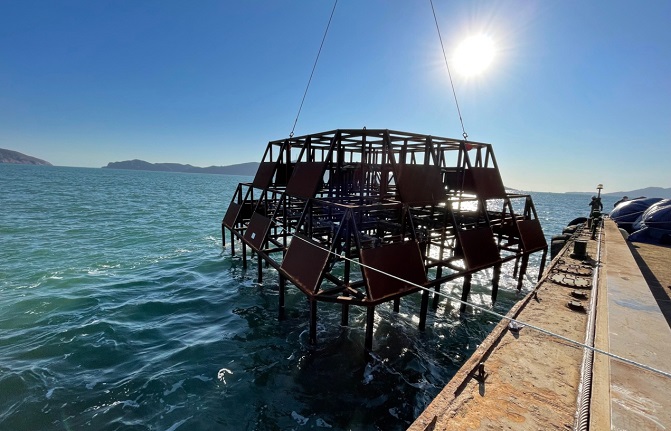 Artificial fish reefs is seen in this photo provided by the Incheon Metropolitan Government.

INCHEON, Feb. 18 (Korea Bizwire) — The Incheon Metropolitan Government said Thursday it will install large artificial fish reefs in its sea area as part of efforts to cultivate fishery resources as well as to protect the marine environment.

After detailed design and consultation with authorities for use of the sea area, the city government plans to spend 1.8 billion won (US$1.5 million) to place artificial fish reefs in Ongjin County’s three sea areas with a size of 300,000 square meters starting from October.

Artificial fish reefs refer to artificial structures made of concrete or steel products. After being put into the sea, they serve as an essential living environment for fisheries.

The prosperity of seaweed attached to the structures slows down the speed of tidal flow, making them an ideal place for fish to live or spawn.

The city government created artificial fish reefs with an aggregate size of 122.37 square kilometers during the period from 1973 to 2021.